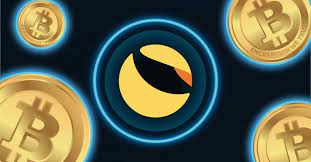 Terra team is working to airdrop users who did not receive the correct allocation of LUNA tokens when it was distributed.

As stated by the report, the Terra team has launched a new proposal to airdrop users who did not receive the correct LUNA allocations. In order to have a successful distribution, the Terra team is working directly with cross-chain protocols and foundation teams to gather indexed data. This is aimed at dealing with the complexities of indexing every cross-chain protocol for the airdrop.

The update was revealed on the official Twitter handle of Terra. Per the report, the LUNA tokens allocated for this purpose will be airdropped from the community pool once the proposal is approved.

“A new proposal to airdrop LUNA from the Community Pool to users who either did not receive the correct allocation of LUNA at Genesis due to technical constraints or issues associated with indexing is live on Agora.”

As gotten for the report, the proposal targets to get a total of 18,709,455 LUNA from the community pool. A number of blockchains, protocols, and wallet types that are eligible for the airdrop are outlined in the blog post. But some chains that are affected are excluded from the list “due to inabilities to properly index technical complexities, or small amounts of USTC, aUST, or LUNC held on-chain at the snapshot height.”

In the update, the team made it known that the non-Terra exchange addresses that have received the airdrop at genesis will not be eligible for this airdrop.

Read Also: The Host Of InvestAnswers Stated Says Solana Is Undervalued When Compared With ETH And Also Stated Crypto Probably Won’t Come To a Recent Low

Also, the list of the blockchain to get the airdrop once approved include:

As stated by the team, the methodology of the airdrop calculation will be exactly like the LUNA airdrop at Genesis. The only difference comes in a bid to avoid the instability of market liquidity upon distribution.