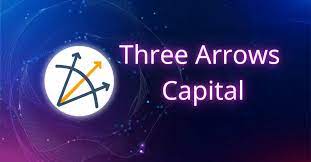 The recent Three Arrow Capital is still very much under check even though the various accusations faced by the co-founders, Zhu Su and KyleDavies. Recently, the Liquidators are granted access to crypto hedge fund’s assets.

As revealed by Bloomberg emphasizing the people close to the matter, the Liquidators will be allowed to check the crypto hedge record of the fund’s assets.

The court of Singapore is granted a petition by an advisory firm, Teneo. Teneo is the firm responsible for monitoring the liquidation of Three Arrows Capital, and it is trying to gather any assets.

Through this access, the Teneo would be able to access any financial records the fund kept locally as stated by the anonymous people.

As stated by Bloomberg still citing the people that are close to the matter, the liquidator plans to focus on establishing what assets help in Singapore which includes bank accounts, properties, cryptocurrencies, NFTs and stakes in companies.

It is good to know that the Three Arrow Capital was Singapore-based until the early Terra collapse which led to the Terra and its token crash and also led to the plunging of the crypto space.

Presently, liquidators have been able to have control over $40 million of assets that belong to the crypto hedge fund although this amount is nothing to the people’s claim as it was reported that the Genesis trading lent Three Arrow Capital a sum of $2.36 billion.

The Liquidators Have Control of Over $40 Million Out Of Over $2.8 billion

This amount rose to $2.8 billion in the course of the creditors participating in a liquidating meeting on July 18 which could still rise beyond this as creditor make their claims. Even one of the co-founders, Zhu Su filed a million dollars against his own company.

Mr Zhu has been recalcitrant despite the allegations against the co-founders from various angles. He has alerted the liquidators for luring as they said that the company has attempted to cooperate. The company is being hounded by its creditors, including Voyager Digital, which is claiming $650 million in USDC and bitcoin.

As previously reported by Cryptolifedigital, the blockchain analytic firm, Narsen, once stated that the brain behind the collapse of Three Arrow Capital has been revealed.