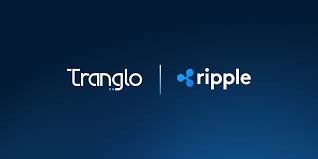 Tranglo, an Asian-based cross-border company and partner of Ripple has expanded its payment solution to the United Arab Emirates.

It is worth noting that Tranglo is into the service of giving efficient payment solutions in Asia, which triggered the Company to add the UAE, the second largest Arab economy.

The update was made known via the official Twitter handle of the giant cross-border company, Tranglo.  According to Tranglo; “UAE is now part of the Tranglo Connect network, offering instant payments to the second largest Arab economy,”.

Read Also: XRP Ledger Updates Its Validators From “nay” To “yay” On The XLS20 Amendment In Support Of the Community

Tranglo stated in the tweet that it added UAE to its Connect Network, a solution that will offer businesses instant settlements, low-cost transactions, etc.

Read Also: Dogecoin-Ethereum Bridge To Be Launched This Year

It is good to know that Tranglo’s Middle East expansion program is the latest offering to the UAE which aims at the infrastructural investment and network building to add supplementary flow with substantial growth potential.

As stated earlier, UAE is the second-largest economy in the Arab Gulf. Also, the country is the leading remittance nation in the world and has recorded a total of $6.78 billion and $42.7 billion in remittance inflows and outflows, respectively in 2022.

The United Arab Emirate’s cross-border settlement recorded an 8.2% spike in the first quarter (Q1) of 2022, this huge achievement made the Abu Dhabi Commercial Bank predict a 6% growth in the country’s remittance by the end of this year.

At the moment, Tranglo can offer quick and seamless fund transfers to the UAE banks in a single integrated partnership with the country’s banking operation. Also, there will be payment security through validation of the beneficiary’s details against the Emirates ID, passport or GCC national ID.

It is worth noting that Tranglo’s direct-to-bank payout service is available 24 hours a week for senders and beneficiaries.