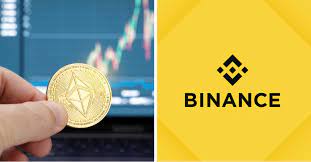 In a recent announcement, Binance, the largest cryptocurrency exchange added support to the Ethereum fork ahead of the merge.

Binance plans to credit users’ accounts with tokens from any forked version of Ethereum developed during the merge. Also, according to Binance, the transaction for ETH and ERC-20 tokens would be put to stop ahead of the merge to secure customer funds.

Read Also: SEC Files A 90 Page Reply In Support Of Its 120 Pages Once Filed To Exclude The Testimony Of The Ripple’s Defendant’s Expert Witnesses

As stated by the largest crypto exchange, it would allow the ETH ticker for the Ethereum PoS chain and then credit users’ Binance account the forked token from the minority chain at a ratio of 1:1 based on the snapshot of ETH balances before the Paris execution layer upgrade. However, the withdrawal for the forked token will also be supported as further detail regarding this will be posted later.

As stated by Binance’s announcement, the forked token will go through the same strict listing review process to protect the users and the integrity of the crypto exchange.

As revealed in a recent post by Cryptolifedigital, the long-anticipated Ethereum merge is at the corner as the merge has successfully run on all three public testnets.  According to the recent announcement, the Ethereum merge’s roadmap to the mainnet requires two ways upgrades which include Bellatrix and Paris upgrade.

The Bellatrix, at an epoch height on the Beacon Chain and Paris, upon hitting a Total Difficulty value on the execution layer.

It is worth noting that the Bellatrix upgrade is scheduled for epoch 144896 on the Beacon Chain by 11:34:47am UTC on Sept 6, 2022, while Paris, the execution layer of the transition, will be triggered by the Terminal Total Difficulty (TTD) is scheduled to happen between Sept 10-20, 2022. The exact date at which TTD is reached depends on the proof-of-work hash rate.

Merge Is Planned To Reduce Energy Consumption And Gas Fee

The idea of the merge is to transit from the current PoW to PoS. it is said that the current PoW consumes a voluminous amount of energy and makes the gas fee unbearable.

For this reason, the Ethereum developers researched merging to reduce the gas fee of the Ethereum smart contracts as well as the energy consumption.