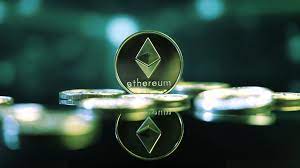 The recent tweet by Ethereum’s founder, Vitalik Buterin, stated the Bellatrix kicks off today while the merge is still expected to come to life around September 13th to 15th.

“The merge is still expected to happen around Sep 13-15. What’s happening today is the Bellatrix hard fork, which *prepares* the chain for the merge. Still important, though – make sure to update your clients!”

Recall, The merge road to the mainnet must be activated in two phases which include the Bellatrix, at an epoch height on the Beacon Chain and Paris, upon hitting a Total Difficulty value on the execution layer.

According to the recent announcement, once the execution layer reaches or exceeds the TTD, the subsequent block will be produced by a Beacon Chain validator. The Merge transition is considered complete once the Beacon Chain finalizes this block. Under normal network conditions, this will happen 2 epochs (or ~13 minutes) after the first post-TTD block is produced.

The Ethereum merge has been ongoing progress for a few months to years. The idea is to minimize the rate of energy consumption in the course running Proof-of-Work.

Read Also: Most Crypto communities Including Do Kwon Are Sceptical About Fatman’s Offer For UST Victim

Merge is the transition from the current Proof-of-Work to Proof-of-Stake. Although some Ethereum developers have previously come to clarify the misconceptions people had towards the upcoming merge which include;

So they advise users with a desire for better scalability and cheaper gas fee to use the Layer 2 solutions built on it like Polygon, Optimism, and Arbitrum.

Interestingly, the Ethereum network has been feeling the effect of the merger as the Ethereum price speculation keeps spiking. Also recently reported on the 5th of September, 2022, the over 94k ETH was added to the ETH 2.0 staking contract on September 1 alone.