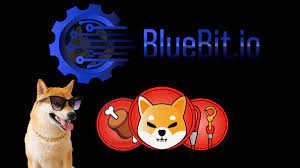 As stated by the lead developer in the Shiba Inu ecosystem, Shytoshi Kusama, he stated that the LEASH and all other three Shiba Inu tokens Have been listed on its platform.

Also, the update on the official Twitter handle of BlueBit.io stated that it has listed LEASH on its cryptocurrency exchange. The full Shiba Inu Trifecta, Shib, Leash, and Bone are listed on BlueBit.io.

What Is A LEASH?

It is an ERC-20 token designed as a utility token for the Shiba Inu ecosystem. It is worth noting that the token can be used to purchase products and services within the ecosystem and receive discounts and bonuses.

Read Also: Most Crypto communities Including Do Kwon Are Sceptical About Fatman’s Offer For UST Victim

As stated earlier by Shytoshi Kusama, seeing the listing of the LEASH on BlueBit.io is no surprise as the exchange has been supporting the Shiba Inu tokens. BlueBit.io happened to be one of the first exchanges to list SHIB, the flagship token of the Shiba Inu project.

LEASH was previously intended to be a rebase token but later transited to a fixed supply token. The team behind the project is anonymous but claims to have experience in marketing, software development, and financial analysis.

Read Also: Over 94,000 ETHs Were Staked In A Single Day As Merge Approaches

More also, the LEASH token is designed to incentivize holding by providing stakers with rewards for locking up their tokens and also there is also a buyback-and-burn program in place to help reduce supply and increase demand.

LEASH listing on BluBits.io is a great advantage to the Shiba Inu ecosystem as it will create an avenue for Shiba Inu tokens to be transacted and with this support, many exchanges will extend their support towards LEASH and Shiba Inu as a whole.