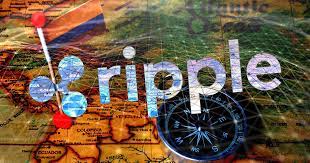 Record amounts of XRP on the move

In the last twenty hours, three staggering chunks of XRP have been transferred, according to the tweets posted by the crypto tracker mentioned above.

Ripple giant moved 50 million XRP – the smallest lump of these three – to its reserve wallet RL18-VN often used for transferring crypto beyond the company – to charities, exchanges, and financial institutions.

Whale Alert has tagged the senders and receivers of these two XRP amounts as “unknown” addresses but XRP-focused data platform Bithomp shows that in both cases the sender and the receiver were the Uphold crypto exchange that moved the funds internally.

Recently as stated by the CNBC, head of Ripple Labs Brad Garlinghouse bashed tribalism in the crypto firm, saying that this is a major issue of the space that slows down its growth on a big scale.

Garlinghouse himself holds Bitcoin and Ethereum, apart from XRP, and as a former executive at Yahoo, he saw a lot of companies that managed to co-exist well enough during the dot-com boom in the 1990s.

Now, Garlinghouse is shocked at the lack of organization between the leaders of the crypto firms and communities and the absence of sufficient regulation from the US authorities, as he admitted in the interview.

Right from December 2020, Ripple Labs has been striving to win against the SEC in the lawsuit filed by the regulatory agency, and Garlinghouse has many times stated that the SEC aims to impose strict control on the whole crypto space, and they have fundamentally picked Ripple as a scapegoat.