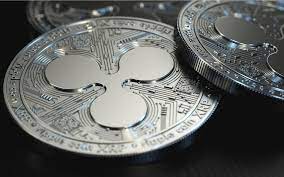 The Ripple-affiliated cryptocurrency called XRP has just turned 10. Asides from Bitcoin and Dogecoin, it is the only O.G. cryptocurrency that managed to remain among the biggest cryptocurrencies by market cap.

Arthur Britto, David Schwartz, and Jed McCaleb, co-founder of Ripple Labs, said working on the XRP Ledger back in 2011. Schwartz’s first commit dates back to November 2011. On June 2nd, 2012, Britto submitted lines of code that fabricated 100 billion tokens that were then called  “XNS.”

Although, the earliest transaction history of the controversy-mired cryptocurrency has been erased since the ledger was reset multiple times due to bugs. The present version of the XRP Ledger was in December 2012. Presently, More than 72 million ledgers have been confirmed on the XRP Ledger, with the total number of transactions surpassing 807,000.

A significant amount of the 100 billion tokens (20%) was gifted to Britto McCaleb and Ripple co-founder Chris Larsen. The latter joined engineers after commencing a new firm called NewCoin (which was rebranded to OpenCoin shortly after its launch). OpenCoin was then rebranded to Ripple in 2013. The company received the vast majority of the pre-mined tokens (80%).

Despite attracting accusations of centralization, XRP experienced a massive rally in 2017, soaring more than 32,000% and briefly becoming the second cryptocurrency. At the end of 2017, Ripple held 55% of the overall supply. Back then, it announced that it would hold the tokens in escrow for 55 months to control selling pressure.

In late 2020, Ripple was prosecuted by the U.S. Securities and Exchange Commission for allegedly selling XRP unlawfully. The regulators allege that the token is unregistered security.

The case, which is expected to have a big implication for the whole industry, has not yet been resolved.