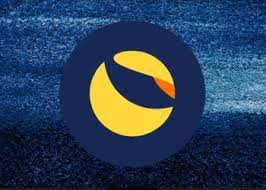 After Do Kwon and Terraform Labs refused to yield to the community calls to burn LUNA instead of creating a whole new Chain, all seemed to be calm, until now. It so happens that not everyone was happy with Terraform’s game plan of not burning the tokens.

Presently, a team of developers has come up with a seemingly perfect solution of their own – launching a community-based DEX with the basic aim of burning lots of LUNC (Luna Classic). For maximum effect, the platform will be called “Burning DEX.”

There are currently close to 7 trillion LUNC tokens minted, and this huge number has greatly contributed to the troubles plaguing the Terra ecosystem.

Burning DEX promises to fix the ecosystem by institution several measures that give power back to the people and drop up LUNC for success. To burn LUNC, users will be required to send their tokens to the burning address earlier posted by Terra’s Do Kwon a few weeks ago. Here’s the address:

Burning tokens involves sending them to an address where they can’t be retrieved. They’re lost forever and removed from the ecosystem. This has the effect of increasing demand due to scarcity and thereby increasing the price.

“ DEX Burning” issued a statement on Medium, detailing its mode of operations along with technical details of how the burning mechanism and the trading platform will function.

A section of the statement reads:

“Burning DEX is a community-driven protocol built to benefit all true Lunatics, via the burning of Luna Classic tokens — LUNC. By incorporating the burning of LUNC tokens into the exchange, the team believes that the memetic power of LUNC burning will propel the protocol to heights impossible to reach by centralized, capitalist protocols. The team has a history of delivering projects on both Terra and Ethereum. They were drawn to Terra 2 by the ongoing work and mission of the LUNC DAO team, whom they deeply admire.”

Besides offering high APY to users who provide liquidity on the platform, Burning DEX promises to support total decentralization by giving total control of the platform to the LUNC community.

Read Also: Ethereum Staking Increases but Will ETH Flood Markets After the Merge?

There will also be a fair airdrop to users during release. With this, Burning DEX claims to be “a DEX of the people.”

While the platform is planned to be launched on the Terra 2.0, there’s no mention of who is behind its development or when it will go live.

MEXC Global was the first exchanger to  Vote to Decide on LUNA Burn by Utilising LUNA Trading Fees on the exchange.