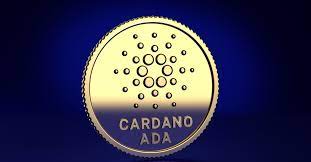 In an amazing feat celebrated across the Cardano ecosystem. The number of decentralized applications (dApps) presently being established and preparing to release on the blockchain has shoot beyond 1,000.

As stated by the data displayed by Input-Output Global (IOG), the company behind the research and development of Cardano, as of yesterday, the number of projects building on Cardano rose to 1,003.

The projects established on the blockchain cut across a series of the cryptocurrency niches, which include crypto wallets, stablecoins, NFT marketplaces, community & social, decentralized exchanges (DEX), gaming, and decentralized finance (DeFi), and lending, among others.

Per the data, out of the 1,003 decentralized applications built on Cardano, most projects are non-fungible tokens (NFTs) collections, representing a massive 40.4%.

The second-highest projects are community and social, representing 6% of the overall dApps under the development of the Cardano blockchain. As stated in the data shared by the IOG; NFT collection represents the highest number of projects under development on Cardano representing 40.4%, 4.2% of the projects are classed under the NFT marketplace, DEX (3.8%), Gaming(4.2%), DeFi(2.1%), Lending(1.7%), Metaverse(4.1%), Crypto wallets (3.7%), stable coins claim (1.2%), Data explores, Dev Team and Developers tools shared combined 9.4%, and the last oracles, identity solutions, Launchpad, and other projects share a combined 11.8%.

The development proposes a growing interest among decentralized application developers in building on Cardano. Different from most projects, Cardano encountered a slow start, with the project not having a single decentralized application for more than three years after its release in 2017. Although going after the implementation of the  Alonzo Hard Fork Event in September 2021, the upgrade introduced smart contract functionality, thus making it possible for developers to start building decentralized applications on Cardano. Not many projects were interested in building on Cardano in the previous stage but to the greatest surprise, things have changed as more projects keep launching on the blockchain.

Benefits of Building on Cardano

Building on Cardano comes with many perks, as developers get to enjoy fast and low-cost transactions, scalability, funding, and zero downtime.

Despite the benefits associated with Cardano, IOG is still committed to making developers’ journeys smooth, as the Cardano team is planning to launch the Vasil Hard Fork in the latter part of this month. As stated by the CEO of IOG, Charles Hoskinson, more dApps will be built on Cardano when the Vasil upgrade is implemented.

Cardano is the first smart blockchain to be founded on peer-reviewed research, this is obvious from the way the CEO and the developers of the block are going up and down to make things done for the Cardano community. According to the Cardano website, “Cardano is a blockchain platform for changemakers, innovators, and visionaries, with the tools and technologies required to create the possibility for the many, as well as the few, and bring about positive global change.”

One of Cardano’s most important innovations is Ouroboros, a proof-of-stake protocol that provides the security guaranteed of proof-of-work at a fraction of the energy use and transaction cost. As stated by the website, “Ouroboros applies cryptography, combinatorics, and mathematical game theory to guarantee the protocol’s integrity, longevity, and performance, and that of the distributed networks that depend upon it.”

Some past and future milestones include Cardano opening its architecture to developers and the coming Vasil hard fork which will greatly increase scalability.

Recently, Solana, Avalanche, Polkadot, and Polygon have all fallen behind Cardano in market cap. Only BNB remains between Cardano and Ethereum.