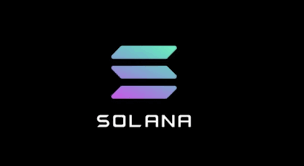 Read Also: Shytoshi Kusama, SHIB’s lead developer Says Revenue from outside the space “is a good idea.” As Talks On The Importance Of Partnership For Shiba Inu

Governance vote was created on Sunday by crypto leading platform and titled “SLND1: Mitigate Risk From Whale.” To allow;

The reason behind this is;

As stated by Solend, if the Solana drops in price and the whale gets liquidated, the lending platform may  “end up with bad debt” and strain the Solana network. The proposal was approved following the triggering of the criticism of the members of the community.

This was the reason the Solana team has to initiate a second governance proposal vote to cancel the initial one The proposal ended with 1,480,264 votes in favor of disregarding the SLND1 proposal.

Read Also: Tim Harrison Responds to speculation of an imminent delay on the Vasil Hard Fork scheduled for the end of June.

Crypto lending platform in a dilemma

In the last 10 months, Solana has suffered performance declination on three different occasions; which range from how Solana went down for nearly 17 hours the last September due to the overwhelming traffic emanation from DeFi token launch, to the same downtime that happen recently in April that took 7 good hours and the most recent one in June 1st that claimed hours.

Solana developers came together to think of how to eradicate the issue and they came up with replacing the UDP with Google’s QUIC protocol in the new update that came after they have attempted to normalize the operations around the platform’s existing user datagram protocol (UDP).