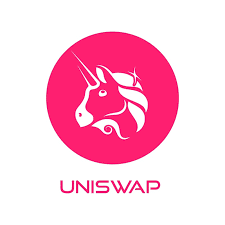 According to the CEO of the largest crypto exchange, the sum of 4259 ETH has just been stolen on the UniSwap ETH blockchain. CZ took to his Twitter page, the exploit was on UniSwap V3 on the ETH blockchain. The hacker exploited the huge amount of ETH through Tornado Cash. With immediate effect, the issue was attended to by the Uniswap team.

Read Also: Shiba Inu’s Average Balance Rose By 18% As whales Accumulate And Over 69M SHIB tokens were burnt Over the last 24 hours.

Harry Denley, a security researcher at Metamask has once made this known to his 13,000 Twitter followers that as of block 151,223,32, there have been 73,399 addresses that have received fraudulent ERC-20 tokens intended to steal their assets.

Denley also said that the  “UniswapLP” “malicious token” used in the phishing assault is sent to unwary users in an attempt to trick them into thinking it is coming from the real “Uniswap V3. Just as stated earlier by the Binance CEO, CZ.

The interested users in their new tokens would be sent to a website that seemed to allow the exchange of tokens for UNI, the native currency of UniSwap.

Read Also: The Director Of the Dogecoin Foundation purchased The Coffee In An Australian Café To Show The Use Case Of Dogecoin

In the course of sending the client information browser and users’ addresses to the attackers’ command center, the website would instead attempt to steal the assets from users’ wallets. In the course of the hackers’ act, they have spent almost 8.5 ETH as a gas fee to send fake assets to 74,800 addresses.