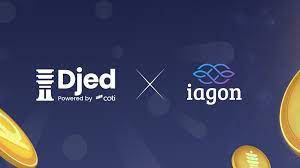 COTI has been absorbed into another partnership with Iagon. Djed is a collateralized algorithm stablecoin and will be adopted as a storage exchange payment method on Iagon’s shared storage economy platform due to this partnership.

Djed has previously partnered with the MuesliSwap, which will soon become the first Hybrid DEX on Cardano. The partnership made Djed available on the MuesliSwap trade.

The partnership of Djed with MuesliSwap will make permit the MuesliSwap to pair the Djed with other coins on their DEX thus making it possible for the liquidity to be provided through Djed trading pools on MuesliSwap and for the users to generate yield on their crypto assets in the DeFi market.

Iagon aims at creating changes in the cloud by developing storage and processing avenue where anyone can profit from Shared resources.

As stated by Iagon CEO, Dr. Navjit Dhaliwal, “Our partnership with COTI is essential to our platform. Djed will play a key role in our ecosystem because its low volatility makes it a reliable currency, perfect for down payments. “

Hard Fork On The Mainnet Is Reassured

A technical director of open-source development at the Cardano Foundation, KtorZ, brought a reassuring statement to his Twitter page in response to what one of the Twitter users who speculated that the Vasil Hard Fork might again be delayed by 2-4 weeks.

KtorZ said that the issues brought were not impactful as they concerned Cardano-CLI:

“Most of the bugs reported here concern the ‘Cardano-CLI,’ which is ‘just’ the command-line utility and the Haskell high-level interface. We should perhaps consider taking the ‘Cardano-CLI’ out of its repository. That’s a separate development stream after all.”