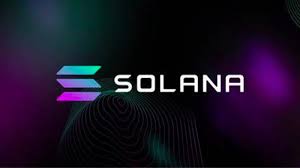 Despite the several hacks and collapses experienced by the crypto industry during this period, the hackers have not rested. They move from one block to another in executing their tactics. Unfortunately, it is now Solana’s time. Recently, an exploit occurred which allow a malicious actor to drain funds from several wallets on Solana. The exploit reportedly happened before 5 am and as of 5 am UTC approximately 7,767 Solana wallets have been affected.

The update was brought by the Twitter handle, SolanaStatus. As of the stated time, the exploit has affected several wallets which include Slope and Phantom and seems to have affected both mobile and extension.

Read Also: Shiba Inu Token (SHIB) Becomes One Of The Most Used Smart Contracts Among The 5,000 Largest Ethereum Whales Following The Announcement Of Shiba Eternity

Solana having detected the hack, has been working restlessly by calling the Engineers from multiple ecosystems, with the help of several security companies to investigate the rained wallets on Solana as a result of the exploit. As of the time, when the investigation was on, they stated;

“There is no evidence hardware wallets are impacted.”

As said earlier, the Engineers are currently working with multiple security researchers and ecosystem teams to identify the root cause of the exploit which is unknown at the moment.

According to the Solana status, the users are asked to not reuse their seed phrase on hardware but rather create a new seed phrase.

Also, the wallet drained should be treated as compromised and abandoned. They also asked the users’ wallets that belong to 7,767 impacted to complete the survey to give Engineers to investigate the root cause.

It is previously reported by Cryptolifedigital, that the Solana developers came together to think of how to eradicate the issue of network declination by replacing the UDP with Google’s QUIC protocol in the new update that came after they attempted to normalize the operations around the platform’s existing user datagram protocol (UDP).