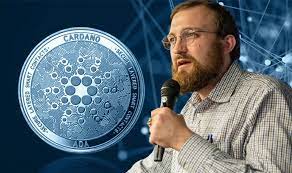 Cardano founder, Charles Hoskinson has taken time to reflect on the trending issue between him and the SPOs community to clarify and call everything to order.

Recently, the Cardano blockchain has been facing some FUD. Many headlines have been created which was not very true concerning the chain.

Cardano’s founder, Charles Hoskinson, has been somehow displeased with the way unpropagated information concerning Cardano was been spread ahead of the Vasil. He has also tried to curb the act of SPOs unfolding the Cardano’s private issue as this can make the investors see the upcoming Vasil with less financial interest and also make the Cardano blockchain lose most of its adoptions.

SPOs As The Backbone Of Cardano: Hoskinson

Hoskinson stated that there are a lot of CIPs in the process to release the more inclusive structures that would create formal checks and balances and also better rollout updates which the Stake Pool Operators (SPOs) have been an integral part of.

As initially stated, over the past 3 days, the Cardano project has been on the headlines, and many spread all kinds of FUD against the chain.

Hoskinson said that Vasil is the last hard fork of an Era and many things are going to change post-Vasil such as New governance processes, more inclusive structures, more useful code, faster development, more parallel efforts, and finally Cardano actualizing its promise and goal towards giving economy identity.

Recently, there has been an issue with the upgrading of the new version node, node 1.35.3. Hoskinson

urges all the SPOs community on the network to start upgrading their node to version 1,35.3 in preparation for the Vasil.

“Let’s try this again. If you’re an SPO, then please start the upgrade path. 1.35.3 is heavily tested, and it’s more likely than not going to be the version for the HFC,” Hoskinson tweeted.

Following the announcement, Andrew Westberg, the Chief Technical Officer at ProjectNEWM, immediately urged SPOs not to heed Hoskinson’s call. Westberg told SPOs “NOT [to] upgrade to 1.35.3 on mainnet yet.” He noted that Hoskinson is not on the same page as his test team and Developers.  Westberg advised SPOs to first run the newly released node on the testnet before running it on the mainnet.