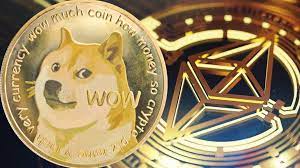 Blue pepper shared some views on the long-awaited Dogecoin-Ethereum bridge in a recent blog post. The Dogecoin co-founder, Billy Markus once suggested two factors that make Dogecoin become a more widely used cryptocurrency and also make it attractive to the users.

He also reiterated that the upcoming Dogecoin-Ethereum will enhance Doecoin’s improvement.

Read Also: XRP Ledger Updates Its Validators From “nay” To “yay” On The XLS20 Amendment In Support Of the Community

Benefits of the Dogecoin-Ethereum bridge

As stated in the blog post, the genesis members of the decentralized autonomous organization (DAO) that will be governing the protocol will include the Dogecoin Foundation, Blue pepper, MyDoge, and BitGo.

Read Also: Dogecoin And Few Other Coins Got New Trading Pair As Announced By Crypto.com

In the same premise, the Blue pepper highlighted the possible issues that may arise in the course of creating Dogecoin’s bridge which includes;

As the Dogecoin-Ethereum launch is approaching, the developers awaited feedback from the community on any possible things to be fixed.