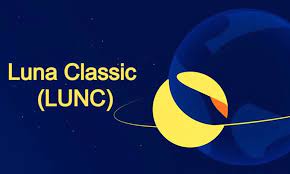 According to a press release on the 7th of September, 2022, KuCoin stated it would add support to the LUNC’s 1.2% burn proposal.

Recently, the LUNC has been gaining a lot of momentum as the various platforms are showing their interest in the token including its burning proposal designed to revive the token.

Howbeit,  KuCoin said all services for the LUNC token would remain unchanged in case TerraForm Labs refuses to approve and implement the proposal.

Given this, the KuCoin exchange urges the investors of LUNC to deposit the tokens to the trading platform before September 12, 2022, to avoid increasing deposit fees.

Another tweet by Gate.io read that “Gate.io will burn tax in the withdrawal of LUNC and USTC”

Recall, the May Terra collapse which lead to the loss of multi-million funds. The impact of the crash hasn’t been recovered as the Terraform Labs and nits executive is still undergoing a series of lawsuits filed by the victims.

Following the crash, the investor of the Luna chose to remain with crashed token but renamed it to LUNC while some others forked a new token called LUNA 2.0.

In a nutshell, the LUNC community designed a burning proposal which was passed and received by the community. This proposal said that 1.2% of every transaction with LUNC will be burned to reduce the supply and maintain its price.

According to Cryptolifedigital, some exchanges have been supporting the proposal such as MEXC Global unveiling its plan to add support to the LUNC community burn tax proposal between 10:00 September 3 to 10:00 September 17 (UTC).

1.2% Tax Burn Proposal To Be Available For Voting Soon

In a recent tweet by LUNC Burn, the 1,2% tax burn proposal will be available for voting on or before the 10th of September, 2022.  If the proposal passes, it will be activated on or before September 20, 2022.