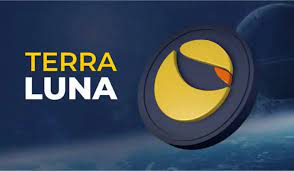 Recall, that the LUNC tax proposal stated that a 1.2% tax be applied on all on-chain transactions and burns. MEXC Global said the spot trading fee for LUNC trading pairs will be adjusted to 1.2%. MEXC notes that it will use the trading fee obtained to carry out secondary market buybacks daily. The LUNC tokens obtained from the buybacks would then be sent to the burn address provided by Terra.

Interestingly, MEXC Global gave an assuring statement that the time frame could be extended depending on the feedback from the community.

There Has Been Positive Impact As Over 25.4M LUNC Tokens Is Burned In The Past 48 HRS

Following the support of MEXC Global on the tax proposal, over 25.4 million LUNC have been incinerated over the past 48 hours.

It is worth noting that the since the May Terra collapse alongside its token, the community renamed the token to Luna classic while some others forked another token dubbed Luna 2.0.

Read Also: Shiba Inu Team Introduces WAGMI In Order To Show Higher Conviction And Optimistic About The Future Of The Shiba Inu Ecosystem

The new LUNC token has been receiving support from various platforms and also from the community as they made up their mind that they will not move to the forked token but rather keep burning until the LUNC price got revived.

In the course of their support, they made a proposal which says that over every token transacted, 1.2% will be burned to reduce the circulation and also improve the price cap.

While they keep doing some others decided to follow the fork token, Luna 2.0 as a new version of the original LUNA.

Over time, the series of burns done for LUNC has impacted its market cap as over $1 billion has been added in the last few weeks. LUNC is currently trading at $0.0002591, up 3.47% in the last 24 hours