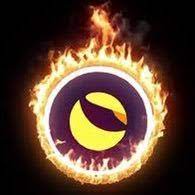 Per LUNC staking’s Twitter handle, over 566 billion LUNC have been staking so far which represents over 9% of the total LUNC supply which is 6.9 trillion.

The update was shared on the LUNC staking, an official bot tracking and updating Terra classic data every 10 minutes.

At the moment, an additional 32 billion LUNC has been staked in the past few days. as reported by Cryptolifedigital, the total staked then was about 534 billion LUNC.

The massive staked this time is a clear indicator that more investors have long-term belief in the project. Consequently, it also reduces the circulating supply and selling pressure on the asset.

It is worth noting that staking resumed on the Terra Classic network as part of the celebrated V22 network upgrade on August 27. Some perceive it as the first step in the LUNC rebuilding process, offering holders wealth-building opportunities.

There is no minimum deposit limit for LUNC stalking as noted by the data from staking Rewards. Additionally, staked assets are locked for 21 days and attract rewards of up to 37.8%.

There is no doubt that the LUNC has revived as various investors and platforms develop taste for the LUNC 1.2% tax burn proposal.

Recently, platforms like Gate.io, KuCoin, Binance, CoinInn, Kraken and some others of which only Kucoin, MEXC Global, and CoinInn will support burns on LUNC trading.

LUNC Burn Says Do Kwon Has No Association With LUNC

Recently, LUNC Burn has made it known point blank that the LUNC are completely owned and is being assisted by the TerraRebels. And then it reiterated that it has no association with Terraform Labs Founder, Do Kwon.

LUNC Burn has revealed via four different Twitter threads that Do Kwon is working 100% on LUNA 2.0 and does nothing to improve the LUNC token.