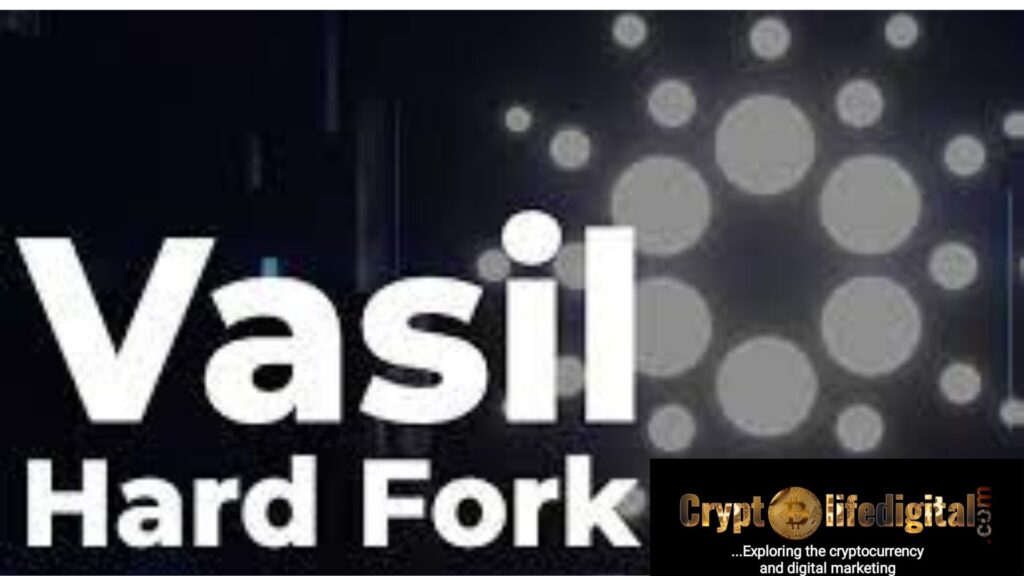 The long-awaited Vasil hard fork is now live. It is undoubtedly that the vasil upgrade is a milestone in Cardano’s roadmap as it was said that it will bring scalability and security to Carcano’s smart contract.

Per the blog post, the vasil upgrade is set to improve several aspects of the Cardano network such as the smart contract, and it will also bring scalability and security to Cardano’s network as said earlier.

Furthermore, the vasil upgrade will allow the building of a series of applications on Cardano to become easier to build upon while improving the user experience. It will also enhance the network’s scaling capabilities and lower transaction fees.

Exchanges Have Added Their Support For Vasil Upgrade

Many exchanges have been adding their support for the upgrade ahead of its deployment on Mainnet. Exchanges like Fmfw/io, KuCoin, BTSE, Bequant, eToro, Altcointradersa, Exmo, Woonetwork, Houbi Global, and Bitpanda have recently confirmed their readiness for the vasil hard fork which represent 87%+ of Cardano’s liquidity.

Coinbase is the only central trading platform that still has its listing as awaiting on IOHK’s ecosystem readiness page although, coinbase has recently tweeted that it will soon support the vasil upgrade. The coinbase also stated that ADA transactions will be closed for maintenance “for the Cardano Vasil hard fork.”

It is worth noting that the Node candidate for vasil, version 1.35.5 has produced almost 100% mainnet block and also the blockchain’s top dApps have confirmed their readiness.

The social media chatter about ADA has increased by nearly 40%, becoming the third sitting behind Ethereum and Ripple (XRP) seven days since news of the upgrade was broadcast.

It is no doubt that the vasil upgrade is a big breakthrough for Cardano’s network. It is worth noting that the Vasil upgrade ought to have come live in early July but was postponed twice for the engineers to carry out some further tests.