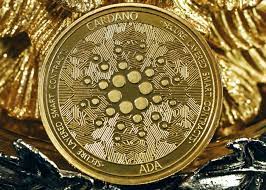 Recently, the Cardano has been doing brilliantly well ahead of the Vasil upgrade. According to the Lunarcrush Twitter handle, Cardano (ADA) is ranked number one among the top 3,870 largest crypto assets, Following a spike in its social and market activities.

Read Also: MEXC Global Becomes The First Lead Exchange To Support LUNC Tax Proposal And It Burns Over 25.4M In The Last 48 Hrs

Following the announcement of the date for the Vasil upgrade by the IOG alongside the IOG CEO, Charles Hoskinson, Cardano’s social status has been increasing. For instance, Cardano’s social engagement now occupied 31,559 as it soared by 29.3%.

It is worth noting that the actual date for the Vasil upgrade was unveiled last week by Charles Hoskinson in eleven minutes video and also the IOG team took the time to announce it officially on its Twitter handle.

The team behind the project picked September 22, 2022, after completing extensive testing of Vasil’s final node candidate 1.35.3.

It is worth noting that the upcoming vasil upgrade will bring a positive shift to the Cardano network as it is designed to improve the network in terms of scalability and security. It is said that the Vasil upgrade will bring lower transaction costs, and enhance the blockchain’s smart contract functionality to enable the deployment of more useful decentralized applications.

Although, the Alonzo upgrade has been before the Vasil upgrade which brings a lot of improvements like smart contacts and others to the Cardano network. It is good to know that the Vasil was named after a faithful community member, Vasil Dabov.

At the moment, Cardano is trading at $0.49 across various cryptocurrency exchanges, with a 24-hour trading volume of $641.25 million.