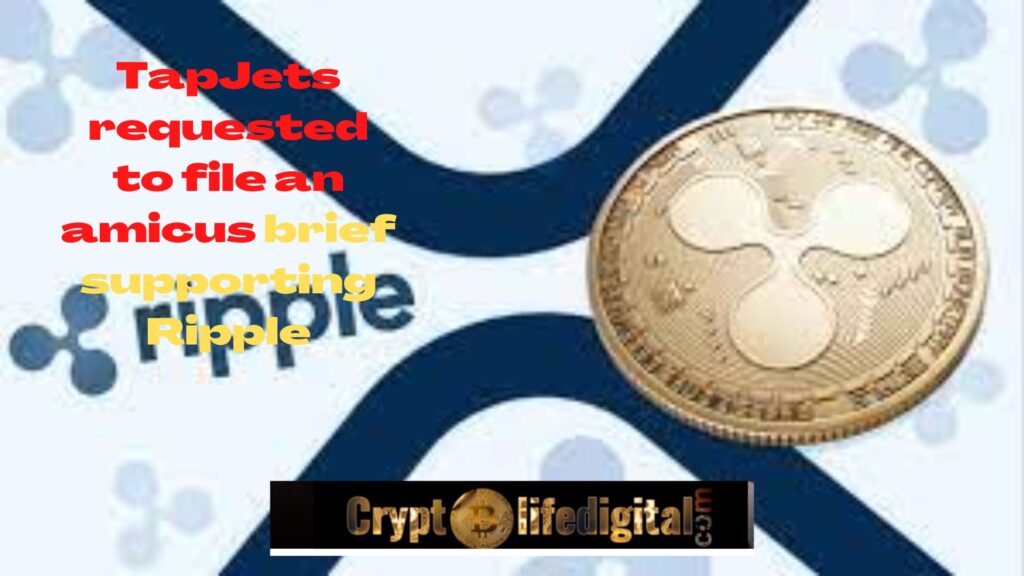 There have been a series of companies’ support coming for Ripple, the blockchain company against the SEC in its ongoing lawsuit between Ripple and SEC.

Companies Add Support For Ripple In the Ongoing Lawsuit

Read Also: The Three Community-Led Burn Projects Burn An Astounding Amount Of 563.86 Million Shiba Inu Tokens In The Past Week.

It is good to know that the XRP is among the payment option in the Jet charter company which is based in Texas.

Per the TapJets request letter; “TapJets interest, in this case, is as a business that accepts cryptocurrency, including XRP, in exchange for its services as a fiat-currency substitute. For TapJets, the acceptance of XRP as payment for services is vital in some instances: TapJets refers to this as the Friday Night Problem,”

“Over 57,000 votes were cast in the public forum directed at TapJets customers; 43% voted for XRP as a choice of digital currency to pay for their flights. As a result, TapJets has adopted XRP, invested in technology to accept, process, and account for this digital currency, and now has an interest in the outcome of this litigation,” TapJets added.

Some days ago, I-Remit, the Philippines-based cross border asked for permission to file an Amicus brief in support of the Ripple Defendant’s summary judgement motion.

As stated by the Jet charter company, its XRP acceptance is to bypass the problems associated with the traditional banking system, which mostly occurs outside banking hours.

Furthermore, TapJet said that its plan to add XRP as a mode of payment came it conducted a Twitter poll in 2018, and most participants chose cryptocurrency.

Finally, the company added its support for the Ripple lawsuit and added XRP as a payment method to secure its XRP holder’s customers.

Another giant company, the chamber of digital commerce has previously added its support in favour of Ripple in the ongoing lawsuit.