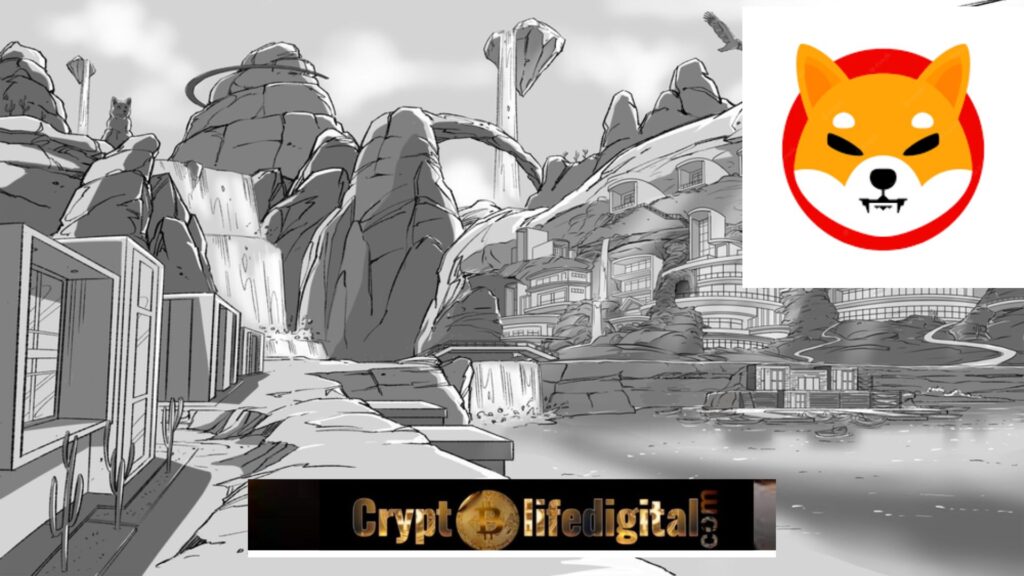 Since the inception of Shiba Inu’s Metaverse, there have been a series of visuals of different sections being released on the metaverse and recent, the canine-themed project has shared the first concept art for Canyon.

Per today’s post by Shiba Inu, the concept art is seen as an initiative that provides the strongest reference points that fit the creative outlook and the hub being introduced.

Looking at the concept art has an outlook of the Rocket Pond and WAGMI Temple artworks. The first concept of the canyon is designed in black and white symbolizing feedback and suggestions to display the role of the hub in the metaverse.

The inspiration for the sketch of the Canyon is captured from the various locations in the United States which include Badlands in New Mexico, Grand Canyon in Arizona, Moab in Utah, Mesa Verde in Colorado, Lake Tahoe in Nevada, and Salt Flats in Utah.

Read Also: The LUNC Community Is Displeased With The Idea Of Terra Classic Re-Peg Proposal: Here’s Why

Per the post; “The Canyon elevates the essence of earthy rivers, adventure, and breathtaking Scenery,”

Shiba Inu team slated a fireside chat on the official Shibtoken Discord for 6th October 2022 from 5 pm to 8 pm PST.

With the look of things, it is no doubt that the Metaverse, Shiba Inu, and The Third Floor (TTF) are working to shred the meme nature of the asset as promised by the lead developer, Shytoshi Kusama.