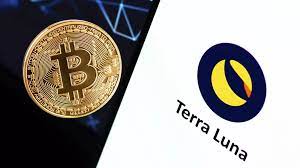 The American arm of the Binance exchange is not the first trading platform to introduce UST as a base currency. The Bitrue exchange added the BTC/UST pair in mid-may.

UST has gained a lot of prominence in 2022, with its market cap swelling to nearly $18 billion, according to CoinMarketCap data. As reported by U.Today, it recently became the third biggest stablecoin overall (behind only Tether’s USDT and Circle’s USDC). UST remains the biggest decentralized stablecoin after nearly doubling the market cap of the Dai stablecoin.

Terra’s flagship stablecoin has attracted plenty of attention because of the Luna foundation Guard (LFG), a non-profit operated by Terraform Labs, which has built a massive Bitcoin reserve to maintain the dollar peg of the stablecoin.

Still, Terra has its fair share of detractors who believe that the project is a Ponzi scheme of enormous proportions since it requires more people to invest in it to remain sustainable.

Notwithstanding, Do Kwon, the controversial co-founder of Terra, is convicted that Terra will keep seeing growing demand. Decentralized finance protocol Anchor, a market for lending and borrowing, remains the top use case for UST.