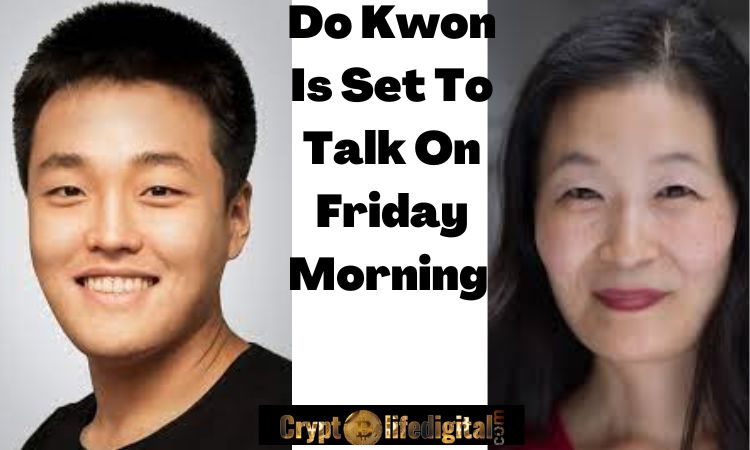 In a recent tweet shared by Laura Shin, a crypto-journalist said that her interview with Terra founder Do Kwon would happen on Friday morning.

Do Kwon Is Set To Talk On Friday Morning

In this regard she asked for questions from various users across the globe probably she may tender it before the Terra founder and the discussion might start from there.

It was reported initially that the Terraform Labs CEO, Do Kwon agreed to meet with Shin on her podcast to disclose why he has failed to return to South Korea.

Read Also: XRP Holders Increases To Over 75,000 As A Sign of Support In The Ongoing Lawsuit Against SEC

Do Kwon Refuses To Go To South Korea

It is worth noting that the last journalist that interviewed Do Kwon said that in the course of Shin’s interview Kwon had expressed the sentiment that he may be reluctant to return to South Korea should capital market charges be brought against him. She further asked the founder of Terra why he failed to face charges against him and cunningly, Do Kwon skip the question.

South Korean Authorities noted that Kwon fled after hearing an arrest warrant against him by South Korean authorities. And following this, the authorities obtained an Interpol red notice to aid his arrest. However, despite all of these, Kwon remains at large.

Despite the series of charges against Kwon, he has remained strong and maintained an active online presence and hadn’t shade himself from answering for himself on the Terra issue.

Many people saw the act Kwon as a brave one while some saw his disclosure will only serve to hurt his case and likely not sit well with his legal advisors.

It is worth noting that Shin’s announcement pleasingly met the community as many received the date and time with joy.

This is an indication that many still have some burning petitions regarding the May terra Collapse.