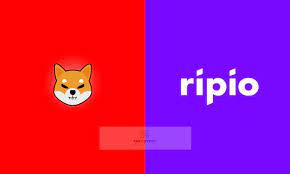 Like the result of the Shiba Inu’s featuring on the Urbana FM starts surfacing, it was recalled during the program, the host then, Julieta Schulkin, requested Ripio App to add support for Shiba Inu while hosting one of her programs titled “Mundo Tech” featured on Urbana Play 104.3 FM. She said:

“SHIBArmy is a Giant, so with the permission of RipioApp, we would love to show the entire Shiba Inu ecosystem to the community. SHIB is revolution.”

Ripio App, a bitcoin and digital payments company adds support soon. Ripio App allows buying and selling of Bitcoin (BTC). Also, it Buys and sells cryptocurrencies such as Ether (ETH) and Dai (DAI). The app has more than 1M registered users. This might trigger other Argentina-based exchanges to list Shiba Inu on their platforms afterward.

The recent tweet of one of the shib members revealed;

In another tweet, John Richmond, an Italy-based clothing brand requested of Shib community to say their view on partnering with a  luxury hotel, while explaining its importance of it in the following words:

“In the last year’s luxury hotels and fashion brands keep collaborating on furniture endorsements, garments, and exclusive items that you’d actually want to take home with you.”

Most of the comments gave a go-ahead.

Shiba Inu should expect a serious growth in the long-term if the official IRL business partners of SHIB including Welly and John Richmond continue to expand their partnership circle with other famous brands.

Read Also: Sign-in With Fractal a Solana NFT Gaming Platform That Allows Users To Create A Crypto Wallet In Some Seconds Via a Google Account.

As stated in the official news published by Universal Air Travel Plan (UATP) on June 16 Vueling has partnered with BitPay and UATP to add support to cryptocurrencies which is a big catch for the Doge and SHIB. According to the updates the world’s largest provider of Bitcoin and cryptocurrencies service payment services, have reached an agreement permitting the airline’s customers to make their payment via digital currencies.