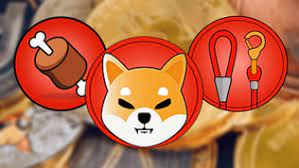 ShibArmy is still very much active in the activities of maintaining the price cap of the Shiba Inu tokens. according to the Sbibburn website, the Shiba burn rate spiked 785.49% in the last 24 hours.

A few hours ago, over 519 million SHIB tokens were sent to a dead wallet which was followed by another burn in another transaction the total to be above 573 million as the burn rate spiked to over 785%.

SHIB is now added to the Schedulesite

As stated by the Shiba Inu community-focussed Twitter account Shibainuart, the SHIB is now added to the Schedulesite, a platform that creates events for followers to attend.

“We’re excited about adding SHIB events to our platform! Thank you for welcoming us warmly to your space. You have an impressive community

Shytoshi Kusama, the Shiba Inu lead developer, replied on 17th July to the tweet of one member of the Shiba Inu community; massive burns will take the community’s true effort and he added that the team is working towards achieving it on many levels not minding the time it will take.

Over the past week, over 1.2 billion SHIB have been destroyed because of the continuous efforts of the community’s enthusiasm towards the token burn.

SHIB is in the top 10 in terms of the trading volume.

Per data from the crypto whale tracker, Whalestats, Shiba Inu token, SHIB is now in the top 10 in terms of trading volume among the 100 largest ETH whales in the last 24 hours. The average trading volume of SHIB was at $12,463, with an average quantity totaling around 1,100,000,000 SHIB this resulted in the 8th position the meme coin was occupying when the news was filed.