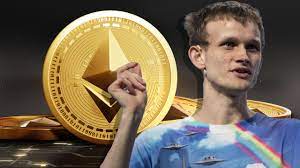 In a reassuring statement made by the Ethereum founder, Vitalik Buterin, in response to the news about a possible split of the network after the transition.

Vitalik stated on a Saturday webinar, Ethereum would not be seriously affected if the hard fork happened.

“I don’t expect Ethereum to be significantly harmed by another fork,” he said.

Buterin’s statement revealed his strong support for the coming merge as his confidence grows daily following the reports he got from the members of the ecosystem.

In general, my impression from pretty much everyone I talk to in the Ethereum ecosystem is they have been completely supportive of the proof-of-stake effort, and the ecosystem has been quite united around it

Not All Ethereum Miners Will be Transited

He also advised the miners that are not ready to be transited as the merge occurred to kindly move to Ethereum Classic.

Read Also: BabyDoge Team Burns Close To Half Of The Total Supply, Over 198 Quadrillion Has Been Burned So Far.

The ETC will continue with the PoW consensus even with Ethereum’s preparation to switch to the PoS protocol. They said with PoS, the Ethereum will alter its block validation and the fabrication of the new Ethereum.

It is good to know that the Ethereum Classic, ETC was created on July 20th, 2016 as a result of protest after the Ethereum Foundation forked Ethereum to eradicate the theft of 3.64M Ether stolen from The DAO — equating to roughly 5% of Ethereum’s circulating supply at the time.