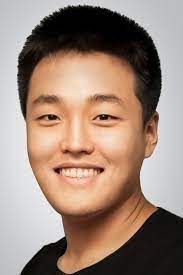 The CEO and founder of Terraform Labs, Do Kwon has now admitted to his shortcomings in a recent sole interview.  Do Kwon’s personality was seriously put under pressure owing to the May Terra collapse and the algorithm stablecoin TerraUSD (UST).

The short video interview was aired to prepare the people that have longed to see Do Kwon talking about the Terra collapse.

Do Kwon said that the Terra was not created to scam people but to be a stablecoin, although it failed to be stabled.

In that 90 seconds video, Do Kwon tagged crypto as “a Wild Card” saying much pressure was pressed toward the UST as an algorithm stablecoin.

The May Terra collapse was such a prominent one that will last in the memory of crypto enthusiasts as the crash affected many people to the extent that many had to commit suicide.

It is good to know that the amount that went with the crash was almost $45 billion and this occurrence negatively affected the crypto industry and its assets such as BTC, ETH and some others.

The Terra crash has led to a series of investigations by Korean prosecutors, the US and some other international agencies.

According to the  Wall Street Journal, Terraform Labs CEO, Do Kwon said in an interview published on Wednesday, that he has “great confidence” in the company’s ability to “build back even stronger” than before. Kwon displayed a level of confidence in rebuilding the Terra blockchain following the collapse of its predecessor in May.

It was previously reported by Cryptolifedigital, that the South Korean institutional and retail investors lose a huge amount of capital. The cryptocurrency exchange in South Korea met and announced the plan to compensate the investors in that region.

Owing to the crash, the investor lost billions which led to the promise mentioned earlier by the cryptocurrency exchange which includes Upbit and Korbit.