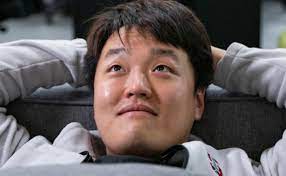 Do Kwon, the founder of Terraform Labs has given the assuring statement to continue developing the Terra project until the victims of the May Terra collapse are compensated for their losses.

Do Kwon unveils his plan in a diagrammatic manner as he tweeted a hammer with a spanner emoji?

It is worth noting that the CEO of Terraform Labs made that tweet following the time LUNA price spike over 300% to $7, the 24 hours high.

Also, LUNA is reviving from its hit of the May collapse as it moved to the 59th position of the largest market capitalization from its previous 205th position. At the time of writing, LUNA is changing hands at $5.91, up 200% in the last 24 hours.

Unpalatably, while the LUNA suddenly spiked, the LUNA Classic (LUNC) price plunges. At the time when the news was filed, the price of LUNC is down 15% in the hours leading up to press time, trading at $0.00042.

In another tweet by Do Kwon, he was refuting the false claim against his company and the Terra project.

It all happened when the famous Terra whistleblower claimed that Terraform Labs (TFL) sent 435,000 LUNA tokens received from the LUNA 2.0 airdrop to Binance for selling.

Read Also: Dogecoin Is Known By Authorities As It Was Mentioned 20X In The Recent Paper Released By The White House

Following his allegation, Do Kwon rose to dismiss the claim saying the address does not belong to Terra.

Do Kwon said, “Can confirm it’s not a TFL wallet; how does one continue to simply make up sh.t.”

It is a joyous moment for Terraform Labs and its founder to see the sudden spike of the crashed LUNA. The coin was affected by the May Terra collapse which also led to the multimillion loss of the users.

Currently, Do Kwon and some of Terraform Labs’s executives are still under lawsuits filed as a result of the crash.