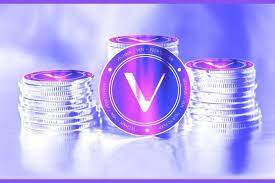 VechainThor public testnet has been updated successfully. The tweet posted by the VeChain Foundation revealed the information on its official Twitter handle.

It is worth noting that the VeChain has been aiming to improve the algorithm of its consensus and to get this done, a finality gadget, named the Finality with One Bit (FOB) is designed and integrated to allow the running of dual modes of consensus, namely, the Nakamoto and BFT consensus at the same time.

Achieving the above statement will allow block stability, maintaining the usability and robustness of our system by separating the finality from Proof-of-Authority (PoA) which gives the blockchain system capability to operate in adverse surroundings and some others as stated on its official website.

It is an add-on to the existing Nakamoto consensus that utilizes the information present in the mined blocks to reach block finality. In Nakamoto’s consensus, there is always a non-zero probability that a transaction could be reverted due to double spending which could pose danger to some security-sensitive use cases. On the other hand, FOB is proven secured in other words, there is zero probability that the transaction could be restored provided the finality security, assumption model.

It is worth noting that the difference between the finality gadget and the known BFT mechanism (e.g., PBFT, Tendermint, Hotstuff, and others is that the finality gadget is a “gadget” or a component running upon the Nakamoto blockchain system, and therefore, will not replace the original Nakamoto consensus.

With the above statement, the finality gadgets should have the following qualities:

In the existing BFT algorithm, a view can be roughly considered as a new round of consensus process. As stated on VeChain’s website, Nodes will start the consensus process in the current view and lock to the view, that is, not responding to other views.

The FOB Is Designed Based On The View-Less BFT.

The FOB is designed based on the View-less BFT. VLBFT uses the underlying blockchain to provide liveness and does not force all the nodes to be in the same view to join the consensus process and lock to it.

In VLBFT, to mine a new block, the block proposer needs to collect votes from the supermajority (more than 2/3 of the consensus nodes) and put them in the block header to propose a valid block. If yes it cast a Wit which stands for witness and otherwise com which stand for commit.

In FOB, there is no separate vote collecting process. Instead, the votes are cast alongside the appending blocks. Then, if “Com” votes are collected from more than two third of AMs in the same CP height, the CP from the previous height is finalized.

Note that the “Com” and “Wit” votes can be represented by one bit and that is why we name our finality gadget the Finality with One Bit.