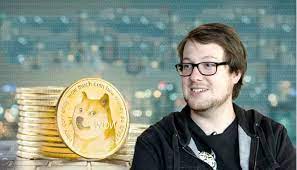 A recent Twitter update revealed that Billy Markus rejected a sum of $14 million to betray the Doge community by promoting Dogechain.

As stated by a Twitter handle, Vee, Marcus did not accept the offer to betray the Dogecoin community for the money despite not being able “to buy a home for himself.”

Marcus also commented that it is somehow tough to protect the DOGE community from anything because people are distinct in their mindset and also they can take discretion based on their minds. He also said many in the industry are ready to make money at all costs even if it will take them to deny their project.

According to Marcus; “to be fair, I don’t think we can protect “the community” from anything since people are free to make their own decisions, and the huge majority of people in crypto couldn’t care less about anything but making money all you’ll see are things repeat themselves forever.”

“My only choice was that I didn’t feel right about encouraging people to do anything,”

According to Marcus, it is good for people to get fundamental knowledge of what they plan to do before venturing into it.

“I just think people should understand what they are doing at a basic level, and then they are free to make whatever decision they want, dumb or smart,”

Recall, earlier this year Billy was once told to sue the popular crypto YouTuber, Matt Wallace for intending to abuse on Doge trademark for his gain. It all happen when Wallace dubbed the Doge under the disguise of promoting the adoption among top businesses. Following this Marcus warned the YouTuber to change his project name or else face legal measures.

Marcus has been so enthusiastic about Doge, He once suggested two factors that make Dogecoin become a more widely used cryptocurrency and also make it attractive to the users. He also reiterated that the upcoming Dogecoin-Ethereum will enhance Doecoin’s improvement.