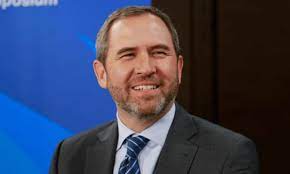 The CEO at Ripple, Brad Garlinghouse, has made of no essence the allegations by Crypto Whistleblower Crypto Leaks that he sponsor a crypto company led by Kyle Roche to aim at competing crypto firms in the legal movement to distract the regulator’s attention.

According to the blog post which was done alongside with series of videos it seemed to be a recorded statement from Kyle Roche, co-founder at Roche Freedman, Crypto Leaks on Friday.

The CEO of Ripple was accused by Crypto Leaks of conceding to a proposition initiated by Roche to invest in a new law firm that would carry out the tactics early stated.

Interestingly, Sirer, as stated in his tweet in 2019, he praised Roche freedman for a lawsuit against Tether and Bitrfinex.

According to the ongoing SEC versus Ripple case, the XRP is unregistered security. Recently, SEC seeks permission to file one omnibus reply up to 90-pages in length in support of the 120-pages once filed.

The Ripple’s defendants do not object to the SEC’s motion but they also seek to file 11 pages for each reply in support of the defendant’s motions to exclude the SEC’s five experts which the SEC did not disagree with.