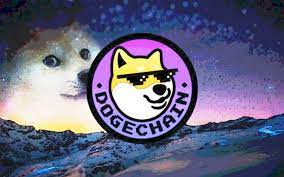 The largest meme cryptocurrency, Dogecoin has undoubtedly increased in popularity among investors and some other public figures. The coin was recently mentioned in the paper dubbed Crypto Assets and Climate which was released by the White House Office of Science and Technology Policy.

It was reportedly mentioned 20 times in the paper document, this is another indication that has gained popularity among the authorities.

Read Also: Almost 155 Million LUNC Has Been Burned By MEXC Global In The Space Of Five Days

It is worth noting that Dogecoin is one of the top few mining assets noted with the largest market capitalization even though the paper was released discussing how to reduce the environmental danger posed by the mining crypto assets.

Dogecoin Is Popular Among Investors And Influential People

As stated earlier, Dogecoin has been popular among investors and some significant personalities. For instance, the Tesla CEO, Elon Musk has been raising support since last year on the coin, even when the community and most crypto industry slammed him for the unnecessary promotion he gave to Dogecoin, he came to his Twitter Twitter to announce more support on the coin.

At the moment, the coin has been accepted by almost all the companies owned by Elon Musk, providing investors with the confidence they need to start using the coin. Top government officials could not overlook Dogecoin due to these moves, which helped bring it to prominence.

Read Also: Ripple And SEC File A Joint Proposal TO Govern All Sealing Cases Regarding The Summary Judgement Motions, Sept 19th Is Slated For Major Revealing

Recall, the Dogecoin spike to its ATH in last year, after a series of support it got from billionaires like Elon Musk and Mark Cuban. It was reported that Cuban has also accepted Dogecoin in his company s means of payment.

Despite losing over 90% of its value, Dogecoin still has an active community behind the cryptocurrency across various social media platforms.

Despite its downtime, people like Vladimir Tenev, CEO of Robinhood, believe DOGE may still become the dominant cryptocurrency on the internet if the right mechanism is implemented.

Community Including The Co-founder, Billy Markus Is Optimistic About Dogecoin

Also, the DOGE community has been so much optimistic about the coin as they recently launched an upgraded website which came with a session to answer and respond to people’s requests and more also, the website came with a heading which monitors and fight against FUD statement about the coin.

It was reported by Cryptolifedigital, how the Dogecoin co-founder, Billy Markus, bluntly rejected the sum of $14 million given to him to promote Dogechain at the expense of the Dogecoin.