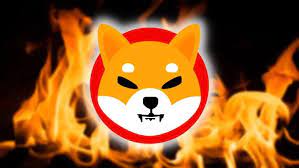 According to the official Twitter handle of Saitama, it stated that it has added support for Bone ShibaSwap, the Shiba Inu Ecosystem governance token on its non-custodial wallet and decentralized exchange  (DEX), Saitapro.

It is web 3.0 technology, basically aimed at developing a decentralized finance ecosystem for everyday life. SaitaPro is both a non-custodial wallet and decentralized exchange (DEX) of the Saitama Inu Ecosystem. It allows users to easily buy, sell, and trade different digital currencies listed on the platform. The SaitaPro users can also earn from staking their digital assets on the exchange.

Read Also: Shadow Fork 13, The Final ShadowFork Was Successful In Preparation For Merge, Goggle Starts A Countdown Timer For Merge

It is worth noting that the Saitama commenced its tour as a community token led by a team of industry experts and professionals. It was founded in 2021 and after which it launched its native ERC-20 token, Saitama Inu (SAITAMA), in June 2021, with a maximum supply of 100 quadrillion tokens.

In the course of Bull Run in November 2021, Saitama has grown into a multi-market, international business as its native token achieved $7.5 billion of market capitalization to become one of the leading 40 biggest cryptocurrencies in the world based.

Its token was reported upgraded to V2 in June 2022 with a maximum supply of 100 billion tokens which after the upgrade became a utility token rather than a meme coin as it’s now more secure, sustainable, and CEX-friendly.

Read Also: SpendTheBits Is launched On The XRPL To Allow Faster And Low-Cost Bitcoin Transaction With Merchants, Who Accept Bitcoin As A Payment Method

BONE Rewards On ShibaSwap Comes To An End

In another tweet by ShibaSwapDEX, the minting of Bone ShibaSwap officially ends as the total supply of BONE hit 230 million, also, BONE Rewards on ShibaSwap has come to an end.

It was previously reported by Cryptolifedigital, that the maximum supply for Bone ShibaSwap is set at 250 million. The remaining 20E tokens are designated for Shibarium validators.