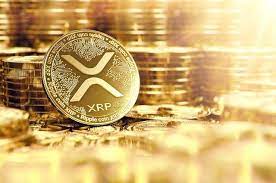 The ongoing case between Ripple and SEC is the biggest one ever as far as the crypto industry is concerned. However, the blockchain firm, Ripple, has not received as much support from crypto-related projects as many expected. The Silicon Valley tech company has pretty much been left to engage with the SEC alone in the lawsuit.

With the new development, Ripple would be getting the support it so badly helps which could aid the company to halt the ongoing lawsuits.

Read Also: Users Can Now Convert LUNC And USTC To Bitcoin, BUSD, And Tether Without Paying Any Fees

The partner at Hogan and Hogan Law firm, attorney Jeremy Hogan said in an announcement the Chamber of Digital Commerce, the world’s leading blockchain trade organization, has chosen to wade into the lawsuit.

The Chamber of Digital Commerce is interestingly known for its involvement in the Telegram versus SEC lawsuit, where it filed an amicus brief on behalf of the messaging giant. Telegram was also sued by the SEC for offering unregistered securities in the U.S. via the sale of its Gram (GRM) token.

It is worth noting that the Chamber of Digital Commerce is already tagged as Amici in the recent motion jointly filed by the Ripple and SEC to govern the sealing issues concerning the upcoming summary judgment motion. With the development, the organization will join attorney Deaton, who has been trying to bring restitution for over 72,000 XRP holders.

Attorney Hogan gave a clue of what to expect in the course of the Chamber of Digital Commerce seeking amici status in the Ripple lawsuit.

Jeremy Hogan stated that the Chamber’s dispute will be related to what the organization filed in the Telegram versus SEC lawsuit saying that “although the sale of XRP might have been a security, the token is not inherently a security.”

Many XRP holders have requested to go through the amici brief filed by the Chamber of Digital Commerce in the Telegram vs. SEC lawsuit as the summary of judgement is fast approaching for both parties.

March 31st, 2023 Is Predicted For Ripple Versus SEC To End

It was previously reported by Cryptolifedigital that both parties will file under seal oppositions to summary judgement motions on the 18th of October, 2022 and they will meet to identify possible redactions before filling the redacted versions publicly after four days.

It was recently predicted that District Judge Torres will decide both the Expert Motions and the summary judgement motions at the same time – on/ or before March 31st, 2023.