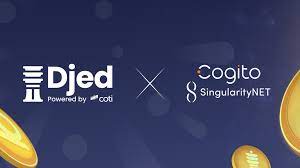 According to the medium post released today by COTI, Cogito Protocol is the latest firm to indicate interest in Cardano’s Djed.

Read Also: Over 581 Million XRP Were Reshuffled By Ripple’s Whales.

Essence Of The Partnership

As stated in the announcement, Cogito Protocol will explore the certainty of launching stablecoin trading pairs between Cardano’s Djed and its tracercoins, a new class of digital currencies.

Much more, it will be adding to its treasury reserve in a bid to prevent the value of Cogito’s stablecoins from fluctuating.

Read Also: Over 466 Million LUNC Were Burnt By MEXC Global As It Concluded Its Burning Event For Spot Trading Of LUNC Pairs

It is worth noting that the since the acceptance of COTI as the official issuer of Cardano’s stablecoin, Djed, it has collaborated with various leading companies to foster the widespread adoption of the stablecoin.

The companies that have already joined in the partnership include Wingriders, Trading Trent, Kirkstone, Iagon, Thrift, Astarter, and Cardano Warriors.