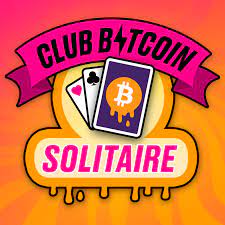 In the quest to make free BTC available to a wider audience, the THNDR Games, a Bitcoin-only gaming company releases Club Bitcoin: Solitaire.

It is worth noting that almost 2.56 billion across the globe play mobile games while 63% of these numbers are female. Over 80% of its users are new to Bitcoin and earn their first free BTC in THNDR’s play-to-earn games.

Club Bitcoin Solitaire is a reimagining of the classic Microsoft game, which is installed on over 1 billion computers and still has 35 million monthly users and 100 million daily plays as far back as 2020.

The Microsoft Solitaire came into existence in the World Video Game Hall of Fame in 2019 and then, the THNDR plans to make use of the chance of his fame by launching a better game that rewards players with Bitcoin.

THNDR plans to release more games in the future that will pay players in cryptocurrency. The company hopes that doing so will help bring Bitcoin to the mainstream.

At the moment, the game can be downloaded on both the Apple App Store and the Google Play Store.