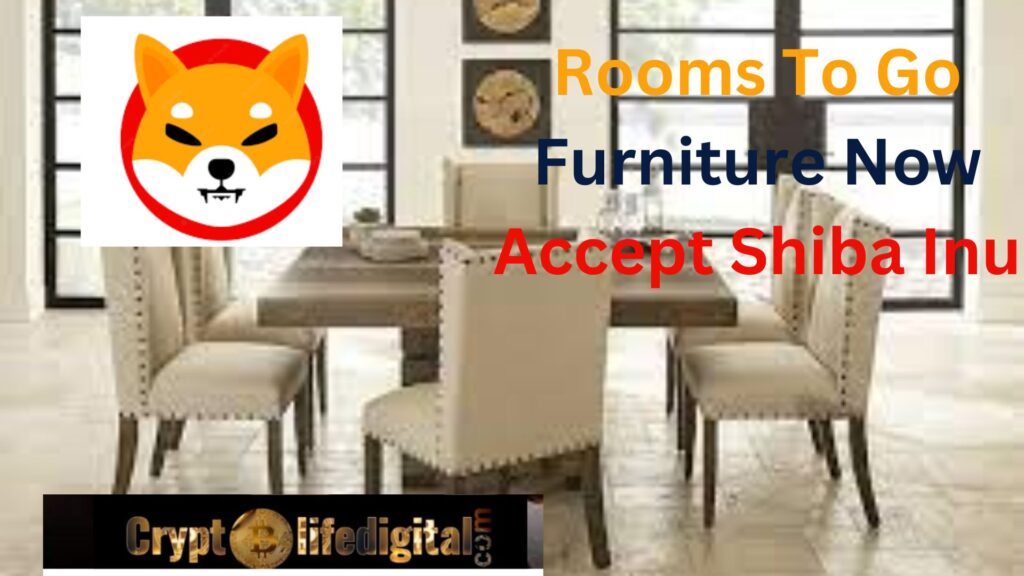 In a recent development, it was revealed that one of BitPay’s partner, Rooms To Go, the third-largest furniture maker in the United States now accept Shiba Inu as a mode of payment for its furniture.

The update was brought through the official Twitter handle of BitPay saying that the top U.S. furniture maker now accepts cryptocurrency payments for its goods. To celebrate the feat, Rooms To Go launched a 7% cashback for customers who will be purchasing furniture with SHIB, as well as other cryptocurrencies.

Read Also: The Number Of XRP Wallets Is Now Over Four Million

At the moment, the promo period is limited as stated by the announcement.

Facts About Rooms To Go Company

It was founded in September 1990 by Jeffrey and Morty Seaman. Since then it has been faithful in offering a series of furniture which include dining sets, bedroom sets, living room sets, etc.

Per Furniture today, the company is currently the third-largest furniture company in the United States, with over 132 locations. The company’s headquarters is located in Seffner, Florida, United States.

BitPay is known as one of the giant cryptocurrencies which are globally known. It is designed to connect the product to customers as it provides a payment mode for the customer that may have an interest in transacting products using their crypto assets. Based on this, Rooms To Go will also accept other BitPay-supported cryptocurrencies.

Aside from Shiba Inu, other cryptocurrencies that BitPay supports include Bitcoin, Ethereum, Dogecoin, Bitcoin Cash, Litecoin, and five stablecoins.

The new development is a clear indication that Shiba Inu is now popular with product servicing companies as there are a lot of platforms accepting Shiba Inu as a mode of Payment.

For instance, some month ago, a Swiss luxury watchmaker recently made its newly-released 200 limited-edition watches available for buying using cryptocurrencies such as Shiba Inu and Bitcoin via BitPay. This means of payment is exclusively limited to customers of the Hublot United States eBoutique, it stated in a tweet.

The church adopted Bitcoin (BTC), Ethereum (ETH), and Dogecoin (DOGE) in April 2022 and recently made it known the acceptance of Shiba Inu tokens as donations.