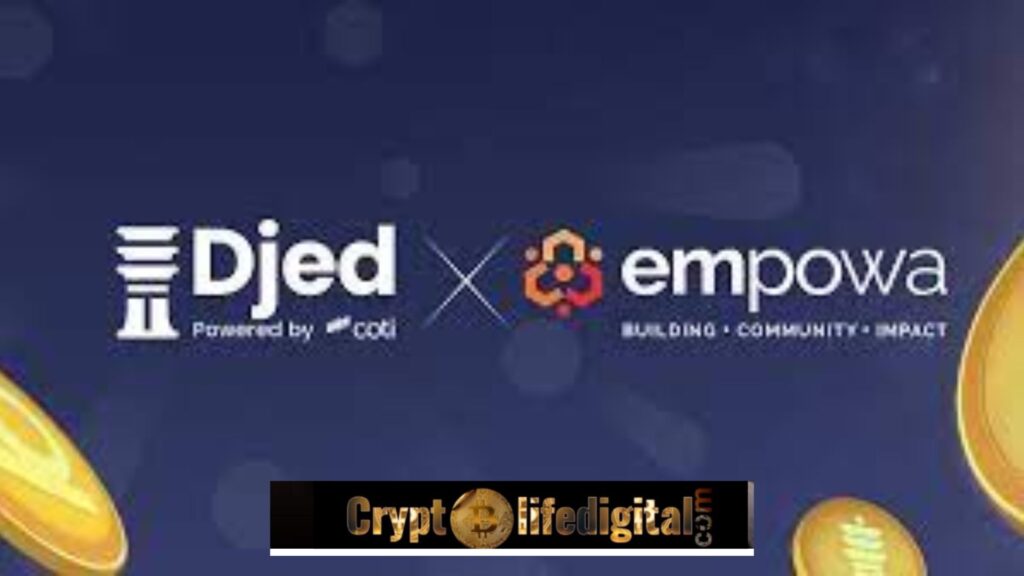 The DAG-based Layer 1 protocol, COTI unveils a new partnership for the official stablecoin of Cardano, Djed, as Empowa, a RealFi Project built on the Cardano blockchain Partners With Djed in order to transfer funds to the African building partners

Per the post, Empowa, a RealFi blockchain project built on the Cardano network, is the latest firm to indicate interest in the stablecoin.

It is worth noting that after Empowa’s partnership with COTI, the company will add Djed as a payment method to facilitate funds transfer to local building partners.

Read Also: The Ripple’s Usual Monthly Unlock Of 1 Billion XRP Tokens Did Not Happen In October, Could It Be That The Total 55 Billion XRP Locked Has Been Unlocked?

It is worth noting that adding Cardano’s Djed as a payment mode will hasten Empowa in achieving its goal.

Per COTI; “This partnership, along with some of the previous ones we have announced, will ensure the proper utilization of Djed across the entire Cardano ecosystem and create an increased use-case for it across multiple platforms,”

Recall that Cardano’s official stablecoin has been experiencing a lot of progress since its inception as it has inked many partnerships with top Cardano projects for Djed’s adoption.

Cardano’s Djed will soon be launched on the mainnet as the team is waiting for the audit report to see if the stablecoin has any technical glitches.

Vasil upgrade was launched on the mainnet on the 22nd of September and it was designed to improve the Cardano network and improve its smart contract.