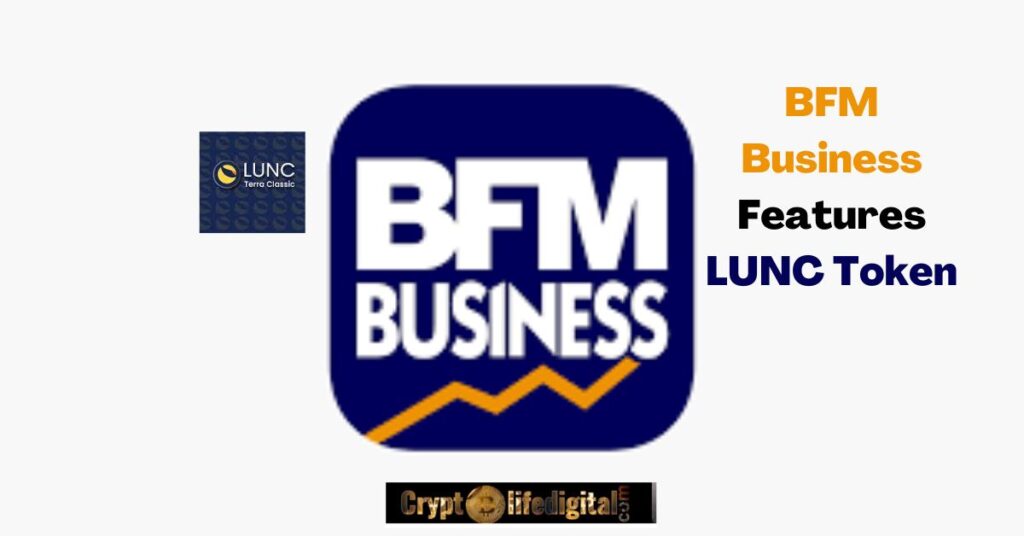 It sounds surprising to see the LUNC token doing well again after a terrible time the token alongside its stablecoin passed through in the course of the May Terra collapse which lead to multi-million funds, the token is currently featured on France’s first business news TV channel, BFM Business.

The new development is shared by a Twitter handle, Mansa Crypto as the Terra Luna Classic tokens were discussed under a caption that was written in French, “TERRA CLASSIC LUNC: RETOUR EN FORCE,” which means TERRA CLASSIC LUNC: GREAT COMEBACK.

Read Also: Over 1 Trillion SHIB Is Transferred To Coinbase From An Unknown Wallet In One Transaction

It is worth noting that the BFM Business is the most-listened-to-Business news station in France. In this view, it is no doubt that featuring LUNC on such a popular TV channel as BFM will add to the popularity of the token and also boost its price.

Some current activities going on with the token are being discussed on the channel. For instance, the reporter mentioned Binance’s decision to implement a burn mechanism that will help destroy the fees of all LUNC spot and margin trading pairs.

They went further to discuss how the LUNC value spiked by over 70% some days after Binance confirmed they will implement the burn.

Some days ago, Cryptolifedigital reported the Binance’s first LUNC burn with over 5 billion which was not that pleasing to the community as they are expecting an amount greater than that. According to yesterday’s report, Binance’s total burn has hit over 13 billion.

It is worth noting that at the moment, the LUNC is still up 10.8% in the last seven days as investors continue to embark on initiatives that will revive the value of the cryptocurrency.

LUNC Tax Proposal Came Live In September, Many Exchanges Are Already In Support

Right from the launching of the LUNC tax burn proposal which took place on the 20th of September, 2022, the LUNC community and investors have been so much confident that LUNC will be revived and become the point of attraction to the crypto industry.

Exchanges like Binance, KuCoin, MEXC Global, Lbank, Huobi, Bitrue, Gate.io, CoinInn, Kraken, and CryptoCom have recently supported the proposal and out of these, only Kucoin, MEXC Global, CoinInn, and eToro support burns on LUNC trading.