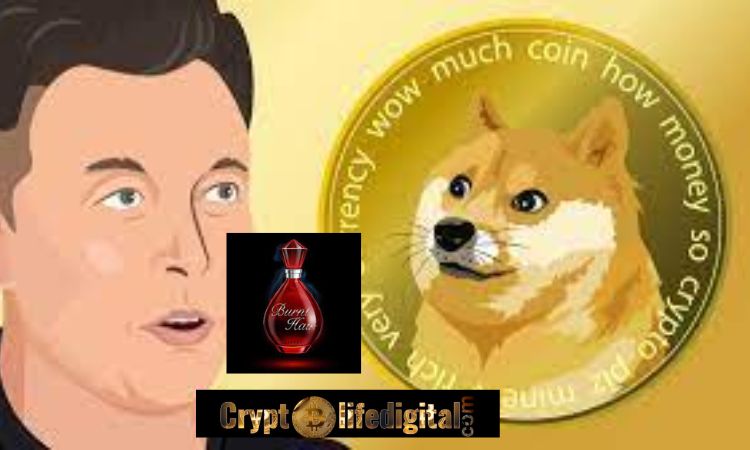 In a recent tweet shared by Elon Musk, he was promoting a perfume dubbed  “Burnt Hair”, a boring company product, saying it is now available for buying with Dogecoin.

Boring Company’s Perfume Now Available To Get With Dogecoin

Per the announcement, Elon Musk tagged the perfume which is also called “The finest fragrance on Earth!” $100, including the tax and shipping for the resident of the United State.

It is worth noting that the price is equivalent to a little above 1650 DOGE at current exchange rates. The product will ship in Q1 2023 for interested buyers.

As stated in the description of the perfume, it will make one smell like one leaning over a candle at dinner. Although the context has many people confused, some see it as the perfect follow-up to the “Not-A-Flamethrower” launched by the company in 2018, which sold out over 20,000 units.

It is worth noting that Elon Musk has been promoting Dogecoin for a long, he has been adding the coin as a mode of payment in almost all his companies alongside the boring company’s product.

There has been a total of 10K bottles of Burn Hair already sold as confirmed by Musk.

Following Musk’s promotion, Dogecoin spiked over 8% and at the moment doggy meme token is up about 2.81%, trading at the $0.6062 price point.

The centibillionaire the CEO of SpaceX, and Tesla, Elon Musk has not ceased supporting Dogecoin as he once promised that his tunnel construction firm The Boring Company (TBC) will be accepting Dogecoin, allowing customers to pay for rides on its Las Vegas transit system using the largest meme cryptocurrency, Dogecoin.