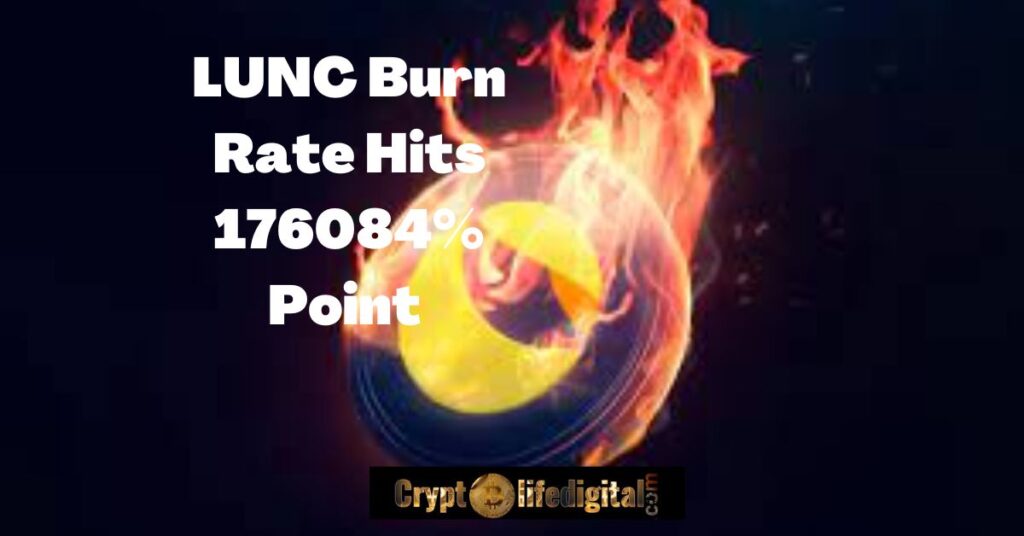 In a recent tweet shared by the LUNC Burn, an official Twitter handle that monitors the ongoing burning of the LUNC tokens noted that a total of 18.12 billion and another tracker also noted that LUNC Burn Rate hits 176,084%.

The Binance’s burn is in no doubt increasing the number of LUNC token that has been set on fire concerning the ongoing LUNC tax burn proposal.

Following Binance’s second round of LUNC trading burns, LUNC burn Tracker noted that the burn increased by 176,084% from the previous day.

It is worth noting that a prominent spike was noticed following Binance’s trading platform initiated another massive burn that claim a whopping almost 3 billion.

The largest cryptocurrency exchange initiated a burn of 2,992,563,505 LUNC worth around $922 million to the wallet. Binance’s recent incineration of nearly 3 billion LUNC tokens spiked the Luna Classic daily burns by 176,084%.

Read Also: Crypto Veteran, David Gokhshtein, Says “When it Came To Meme Tokens, I Should Have Just [Gone] All In On SHIB”

Recall that the Binance exchange added support for the LUNC 1.2% tax burn some weeks ago but took its support in a different pattern entirely as it implemented it on all fees obtained from LUNC spot and margin trading pairs in a bid to make victims of Terra collapse whole again.

It’s barely a week now that Binance started it’s his burn with a total of 5.5 million although not so pleasing to the LUNC community.

But some days after, Binance initiated a second round which claim almost 3 billion making the total Binance’s LUNC burn to be 8.5 billion.