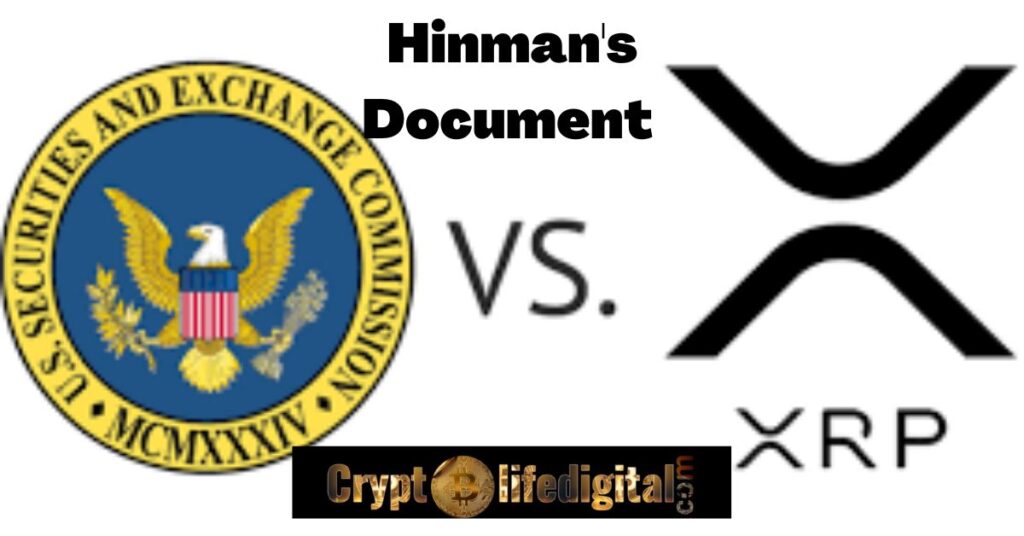 The SEC has been automatically thrown into silence following Judge Torres asking the commission to hand over the drafts of William Hinman’s document to Ripple.

Also after Judge Torres’s proclamation, several possible means the commission could use to stall the release of the document has been listed.

Read Also: Crypto Veteran, David Gokhshtein, Says “When it Came To Meme Tokens, I Should Have Just [Gone] All In On SHIB”

The possible trick SEC could use to delay the release of the document at this moment is to file a motion requesting Judge Torres to reconsider her decision are also request that she certifies an appeal of her decision approaching the Court of Appeal for a Writ of Mandamus. However, since the ruling was made, the Securities and Exchange Commission is yet to make a move on the issue by Oct 13th.

In this premise, Ripple’s enthusiasts say SEC has two days to request reconsideration. Attorney Filan recently tweeted that “If the SEC decides to file a motion for reconsideration of Judge Torres’s ruling on the SEC’s objections regarding the Hinman documents, that would be due October 13th,”

At the moment, the SEC’s stance on the issue of Hinman’s document is not known as some people have recently said that SEC may not find it easy to release the document. Attorney John Deaton, an Amici status attorney and the one representing the 72,000 XRP holders once said that the SEC will choose to go on a settlement with Ripple than release the document.

Although nobody has seen the document from the look of things, many believe that the documents could reveal the SEC’s internal opinion about cryptocurrency regulations, which could have more severe consequences.

Recall that the issue on Hinman’s Document came up as far back as 2018 when Hinman, the former director of SEC’s Corporation Finance has been part of the drive in the ongoing lawsuits against Ripple and the belief of Ripple is that there is no  SEC’s internal staff did not talk about the company while drafting Hinman’s 2018 speech. Thus, requesting that the agency turn over the drafts of the speech.