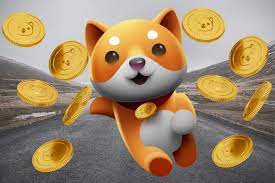 CoinMarketCap has finally verified the circulating supply of the 229th-ranked BabyDoge coin, which is found to be 153,207,172.17 billion meme coins. According to the official Twitter account of Babydoge, the potential and current investors and traders will be able to get more data about this meme cryptocurrency and oversee important metrics related to it.

Read Also: The Community applauded Ripple’s And Binance’s Announcement of a Job Interview Amid Bear Market

According to the team behind the BabyDoge account, the verification came after almost a year.

BabyDoge Address on the Increase

A tweet posted on May 29th revealed a total of 1,550,000 addresses hold BabyDoge meme coins. As reported by Cryptolifedigital at the onset of February, back then, the total holder count for this cryptocurrency amounted to 1,360,410 wallets on the BNB chain—the native blockchain on the coin was built.

Recently, the BabyDoge coin has been trying, Over 8.6 quadrillion has been burnt from the 1st of June to the present.

Per data shared on 14th June by WhaleStat, the top 100 whales on BNB Chain which was known as BSC, are presently actively using BabyDoge smart contracts, along with nine other popular contracts.