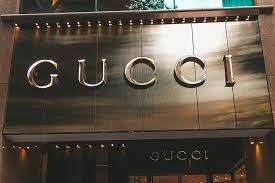 As stated on Gucci‘s official Twitter page, the APE can now be used as a payment method across selected Gucci boutiques in the United States.

It is always the goal of the company to adopt innovative technologies that will give customers satisfaction and more also Gucci’s president and CEO, Bizzarri stated in May:

Now that we can integrate cryptocurrencies within our payment system, it is a natural evolution for those customers who would like to have this option available to them.

Read Also: Approximately 7,767 Solana Wallets Have Been Affected Through A Recent Exploit And Engineers Are Working To Get The Root Cause

Gucci is an Italian high-end luxury fashion house. it revealed its partnership with the famous cryptocurrency payment provider, BitPay for a unique initiative.

Now accepting ApeCoin payments via BitPay across selected Gucci boutiques in the United States. Supporting APE further expands the range of cryptocurrencies available for Gucci in-store purchases. The move is yet another step in Gucci’s exploration of Web3 technologies, Gucci noted.

Not long after the announcement, Gucci expanded the number of cryptocurrencies it supports for in-payments. As far back as May 2022, Gucci commenced accepting Bitcoin, Dogecoin, Shiba Inu, and some other cryptocurrencies at chosen locations in North America, as stated by a  report published by Vogue Business.

However, according to Gucci, cryptocurrency payment will only be initiated in United States stores at first and later this year, it will be expanded to North America. In this view, Gucci stated that the newly existing would be accepted in selected stores in the United States despite the potential of cryptocurrencies across the globe.