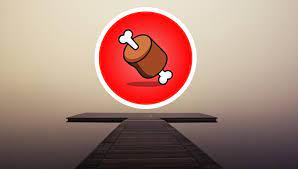 An instant Cryptocurrency exchange for limitless swaps, StealthEX has recently initiated a Twitter community poll to determine the possible listings of several tokens on the exchange.

Fortunately, Bone ShibaSwap (BONE)token happen to be one of the three tokens chosen alongside the Revolt 2 Earn (RVLT) and RichQUACK.com (QUACK).

According to the poll, the cryptocurrency that secures the highest votes will be listed. The voting period is scheduled to end on August 6th, 2022.

Read Also: The First Phase Of Libdogecoin Is Now Released

Presently, the poll has received over 8747 votes having the Bone ShibaSwap taking the lead among the three tokens picked by 74% with the QUACK having 15.2%  and the RVLT standing with 10.2%.

The Stealth exchange is a service providing non-custodial cryptocurrency exchanges. in which all swaps can be done in just four simple steps as well explained on its official website.

The governance token of the Shiba Inu Ecosystem has been doing well over time as it is up by 77% in the past week.