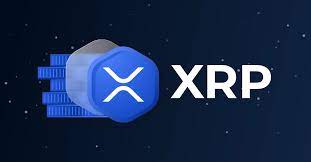 According to the official Twitter handle, a total of 542,967,762 XRP worth $180.37 million have been transferred between unknown wallets and addresses on prominent cryptocurrency exchanges.

The above transactions were done following the spike in demand for Ripple’s On-Demand Liquidity (ODL).

As tweeted by Whale Alert, a total of 40 million XRP worth $13.41 million were transferred from an unknown wallet to an address on the Bitstamp exchange in the first transaction.

Another transaction claimed a total of 37,067,762 (37.06 million) XRP from Bitstamp to an unknown wallet. At the time of the transaction, the XRP coins were valued at approximately $12.43 million.

In another transaction, a whopping amount of XRP coins to the tune of 40 million ($13.41 million), was sent from an unknown wallet to the Bitso exchange.

More also, Whale Alert tracked the movement of 30 million XRP from an unknown wallet to the Bitso cryptocurrency exchange. At the time of the transaction, the funds were valued at around $10.01 million.

In another transaction, a whopping  65.9 million XRP were seen leaving a Bitso address to an unknown wallet.

In another transaction done three hours later 30 million XRP ($9.97 million) were sent from a Bittrex address to an unknown wallet.

Earlier today, a total of 150 million XRP coins worth $50.32 million were transferred from an unknown wallet to another wallet.

Several Entities Such As SBI Holdings Partner With Ripple For CBDC

Recall, that Ripple has recently collaborated with several entities such as SBI Holdings and a few countries have chosen the fintech company for Central Bank-backed Digital Currency (CBDC) projects.

Anthony Welfare further said that the main aim of RippleX is not to permit developers to build on the XRP Ledger but much more to partner with top firms and countries for different initiatives, including CBDC.