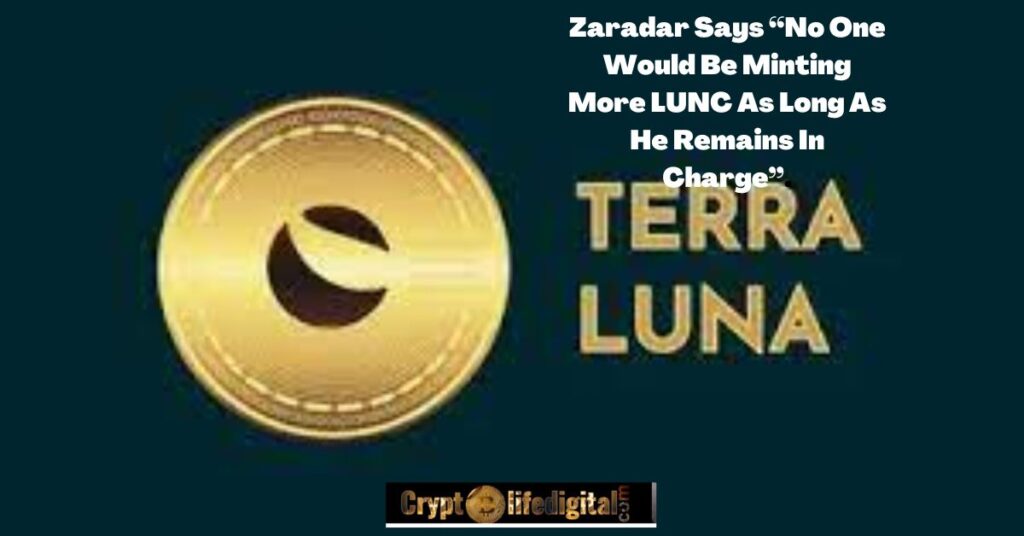 The recent unveiling of the proposal that will permit the community to mint a total of 500 billion LUNC as a part of a designed plan to restructure and re-peg UST by Alex Forshaw has been blatantly gone against by one of the core developers at the Terra classic named Tobias Andersen(Zaradar), the developer says “no one would be minting more LUNC as long as he remains in charge”.

Zaradar noted; “We can fix USTC without minting more LUNC,” and further stated; “Don’t make other people bad ideas my problem, and trust me when I say that as long as I’m in charge of the code, no one will be minting additional LUNC tokens.”

Following this, the community asked the developer Zaradar about his stand even when the community happen to vote for the proposal, in the long run, he says he work for free and further said that he could not implement such a proposal but will also not stand in the way if the community can get others who will.

Despite the stance of Zaradar, the community has called for fundraising and attracting developers to the network and at the moment, the team dubbed TerracVita, which is made up of the key members of Terra Rebels recently launched a validator in September to do minting.

And current as reported by Cryptolifedgital, the LUNC community anticipates Zaradar’s USTC re-peg proposal as ForShaw’s proposal is being debated by the community.