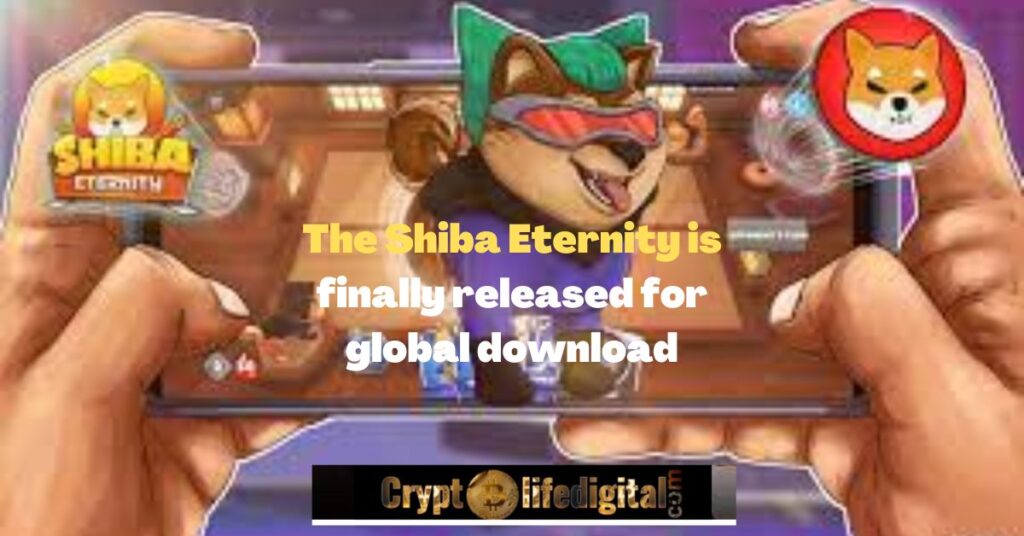 The Shiba Eternity is finally released for global download, as both the Android and the iOS versions went live recently.

It is worth noting that the game has been a global talk since its inception of the game down to the time it was released for testing to iOS users in Vietnam. The game has been doing well following its official release for Vietnam residents its service was asked to be increased by 50-folds to accommodate more users.

Read Also: A Whopping 46,173 BTC Since September 27 Have Been Accumulated, and 15,000 BTC Is Transferred To Houbi Global.

As said by Volk William, the game lead developer, the game has been catching the attention of a significant number of people since it was revealed as Shiba Eternity.

The new development was shared on Shibtoken, the official Twitter handle of Shiba Inu, the Shiba Inu network announced that the long wait was over and developers had launched the long-anticipated card collection game worldwide on iOS and Android app stores.

“The time has come to cross paws in the Dogjo,” read the tweet. “Shiba Eternity is now live worldwide on Android and iOS.”

However, for easy access, the team released the official Download links for both Apple and Android versions:

Regarding the global release, the lead developer at Shiba Inu, Shytoshi Kusama, said he would release the comprehensive player guide. So players may expect this before the day ends.

Basic Info About The Game

It is worth noting that the game is rated for persons seven years of age on an Android and 9 years and above on iOS. Currently, the Android version has got a total of 1k downloads. Furthermore, the game is designed to run on Android 9 and above, and iOS 11.

Read Also: A Terra Classic Developer, Zaradar, Says “No One Would Be Minting More LUNC As Long As He Remains In Charge”.

The Shiba Inu game is touted by the team as the most complex card collectible game ever seen as it currently has 500 collectible cards, 10,000 Shiboshis, 21 special back powers, 11 passive powers, 87 card traits, etc.

Per Cryptolifedifgital’s previous report, the profit got from the game will be spent in a specialized way as highlighted by the developers. developers will pay 45% of the proceeds on investments for the long-term support of the Shiba Inu Ecosystem and donations to non-profit organizations. Additionally, 5% will be burnt, while the remaining 50% will be used to ensure the game maintains its competitive edge, with the exact details of how this will be kept secret.

It is worth noting that the download ought to have happened on October 1st but for the unavoidable delay, the game came live this time.